Don’t Worry, You Have Time

Cook: Not knowing what to do with your life is scary, but young adulthood is a great time to explore all of the possibilities 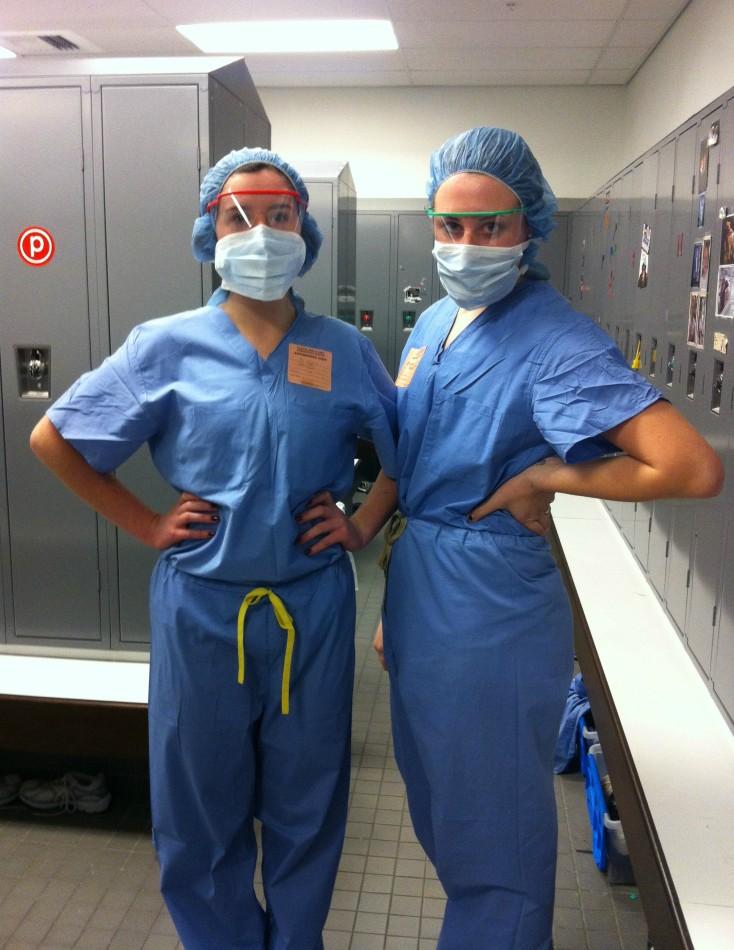 If I could summarize the experience of how growing up in a well-to-do American suburb has influenced me in a word, it’s in this: goals. Checkpoints, milestones, rites of passage — call them what you please — there’s no denying that we live in a goal-oriented society. Always on the pursuit of that next promotion, higher test grade or additional degree, these checkpoints are everything. It seems as though we’re wired to seek them.

And the most obvious goal is, of course, what we’re going to do when we grow up. Asking a little kid often yields the most popular answers: they dream of being athletes, doctors, firemen, astronauts, presidents and princesses — the whole works.

Fast forward to high school. Suddenly, especially in the junior and senior year, that answer to what you’d like to be when you grow up has some relevance. You can choose a major, set your sights on a career path or even join a vocational program. The future doesn’t seem so far off anymore.

Senior Patrick Pastore intends to major in computer science and business. “I’ve been teaching myself computer science for a while, and I find it really interesting. I’m pretty sure I’ll stick with it, but that’s what I told myself in the past about at least ten other careers,” Pastore joked. Pastore has also considered careers in law, economics, marketing, biochemistry and engineering.

As Pastore exemplifies, not every seventeen year old is fortunate enough to know exactly what career lies ahead, or even be certain about a general realm. Overwhelmed by possibility, I, like a third of all incoming freshmen, will likely enter college undecided. And even once enrolled in schools and majors, few students keep their majors the same. About 80 percent of students in the United States end up changing their major at least once, according to the National Center for Education Statistics.

Likely to be a part of that 80 percent, I see the appeal in so many fields — medicine, journalism, public health — and as a result I’m hopelessly indecisive. I’ve spent eternities in line at Sweetie Fry just trying to make the critical decision of an ice cream flavor. How could I possibly decide how I’ll devote the rest of my life?

In the midst of all this indecision, I got a rare opportunity a few weeks ago at the Cleveland Clinic. Motivated by curiosity (and, admittedly, a soft spot for Grey’s Anatomy), a friend and I used one of Shaker’s many days off to scrub in and observe a heart surgery.

Striding down the pristine white halls of the Clinic to the operating room, I was exhilarated. Any grogginess I felt from the early morning hour was gone, replaced by adrenaline and thrill at the thought of seeing a real surgery. All around me in these O.R.’s, lives were being saved or radically improved. I caught a glimpse of myself in full blue scrubs and a mask in the glare of a window, pleased by what I saw. Outfitted in a professional’s clothes, it was barely evident anymore that I was just a mere high school student.

Once inside the operating room, I was immediately greeted by the sight of the patient’s open chest, surrounded by surgeons and whirring machines. Fear or disgust were nowhere to be found, and instead I was filled with fascination and curiosity. I stayed on the perimeter of the room, trying to make myself as small and un-intrusive as possible while watching the surgery on a monitor showing a view from the surgeon’s head camera. My friend and I exchanged a wide-eyed glance through our protective glasses, overwhelmed in the best way. We stood for hours in the operating room observing the bustling scene and trying not to miss a beat.

After finishing the valve replacement, the surgeon motioned me over to a stool beside the table. “Do you want to come see the heart?” I nodded eagerly, picking my way with caution across the floor criss-crossed with cords and tape. Perching on the stool with my hands clasped tightly behind my back, I was mere feet from an open, beating heart. I caught my breath in astonishment, thoroughly transfixed. I’ll spare some of the more faint-hearted readers too much further detail, but it was a sight I won’t soon forget. The operation went seamlessly as it became time to close the chest back up, another successful patient completed.

In the presence of some of the country’s most talented surgeons, it’s safe to say I was starstruck. All the adults in the room — the anesthesiologist, nurses, surgeons and everyone else keeping the patient alive — had made it past my state of indecision, realized a goal and achieved it. I had admiration, and honestly, a bit of envy, for every single one of them.

As I peeled off my mask and hair net in the locker room, I was engulfed with elation, antsy to tell my friends and family what I’d seen that morning. More than anything, I wanted to head back to school and just keep working, all thoughts of senioritis foregone for the moment. There was so much I still had left to learn.

Though my brief stint in surgery didn’t necessarily help me decide where I’m going to end up in life, I still took so much away from it. I saw the passion, intelligence and confidence carried by everyone in that operating room, and was enthralled. All of them began with a goal. The specifics of mine still elude me, but I glimpsed up close what it means to be a professional — capable, self-assured and thriving — and I liked what I saw.

Suddenly, being seventeen and wracked with indecision didn’t seem like such a bad place to be, because I still have time. We all do. Time to reach whichever checkpoints or goals we set for ourselves, so long as we don’t lose sight of them. Time to change our minds, then go back and change them again. Time to make mistakes. Time for victories, little and big alike.

Honestly, the only thing we don’t have time to do is waste the chance we’ve been given. We’ll only be young adults standing at the edge of an ocean of possibilities once. How far we decide to wade out into that ocean and dive in? That’s up to us.