With Brelo found not guilty, Cleveland is once again in the nation's eyes 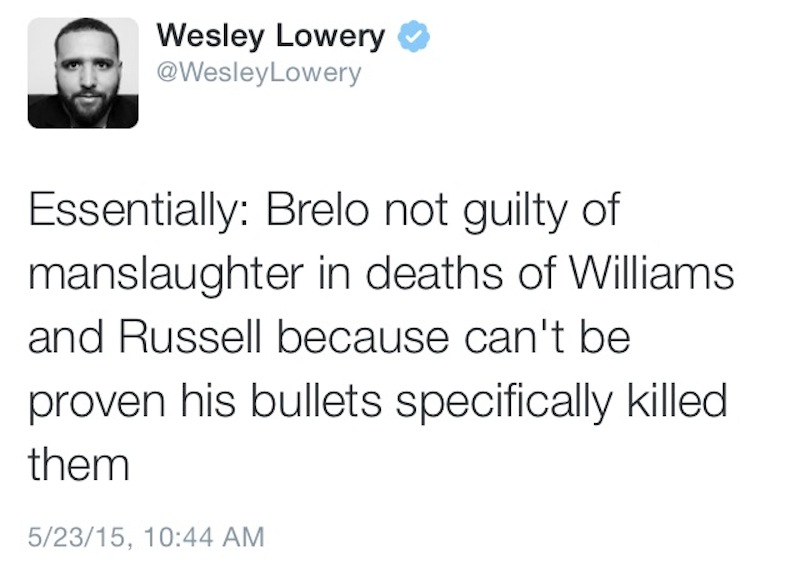 Journalists and Shaker teenagers alike took to social media after the verdict was released.

After non-guilty verdict after verdict, it’s starting to look like police officers aren’t held to the same standards as the rest of America.

Following the tragic shooting of 12-year-old Tamir Rice and a non-guilty verdict erupting in protest, Cleveland is once again in the media’s national eye.

With The New York Times, Washington Post and Huffington Post all covering the non-guilty verdict of Cleveland officer Michael Brelo, the possibility of civil unrest hangs in the air.

The infamous 2012 police chase, when more than 100 Cleveland police officers chased a single car, caught the attention of the international media. The chase ended in East Cleveland with at least 137 rounds fired by police, who were unsure if the passengers were even armed.

In December 2014, a two-year Justice Department civil rights investigation concluded  that “The Cleveland Police Department had found a pattern of unreasonable and unnecessary use of force that resulted in dangerous and reckless behavior by officers.”

That same Justice Department is continuing the investigation into this case after the verdict.

Despite this conclusion, Brelo was found not-guilty today on two counts of voluntary manslaughter.

According to The New York Times, Judge John P. O’Donnell, who delivered the verdict, said, “In many American places, people are angry with, mistrustful and fearful of the police. Citizens think the men and women sworn to protect and serve have violated that oath or never meant it in the first place.”

But this fact “could not cloud his verdict.”

After it took longer to deploy the National Guard to New Orleans after Hurricane Katrina than to Baltimore after the death of Freddie Gray, I have to wonder if the mantra of protect and serve really is all inclusive.

With protest in the air, Shaker’s very own prom is being relocated to avoid the downtown area. Citizens are marching through downtown Cleveland with the National Guard already on standby, waiting for Cleveland to turn into Baltimore.

Cleveland Mayor Frank Jackson is encouraging peaceful protests in the city, marking this as “a defining moment.”

But what will define it, the actions of our citizens, or our police force?

All the peaceful protesting in the world isn’t going to change the treatment of American citizens when situations escalate. That is up to how police are trained and how they handle their internal biases.

This is the time for Cleveland police to respond to tragedy by showing their growth rather than feeding into already low expectations.