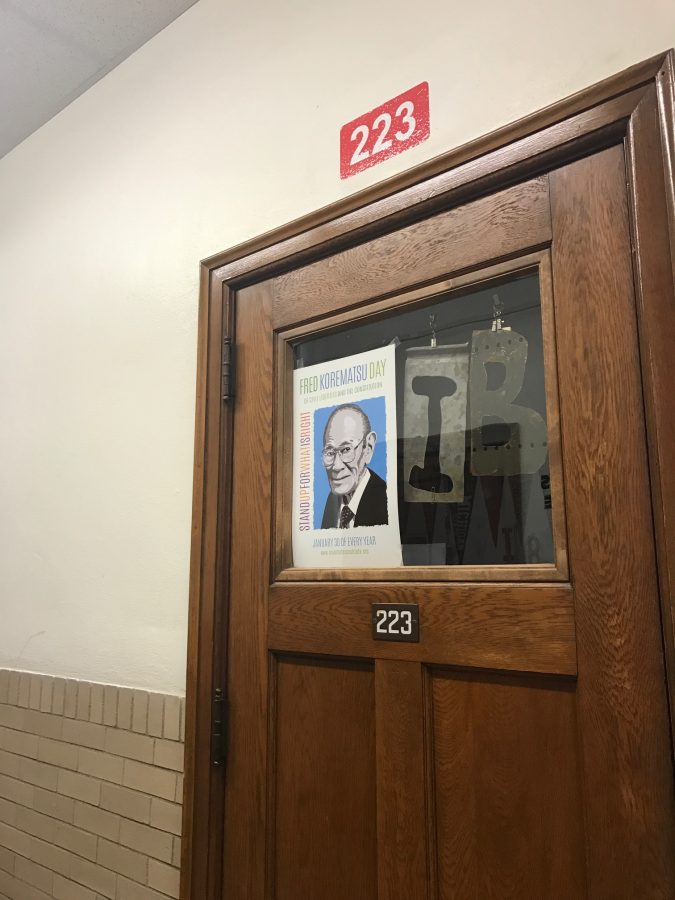 It’s pretty easy to hate him. I started last week, when I read about his decades of sexually harassing young women and covering it up. Sure, he’s produced some incredible movies —”The King’s Speech” and “Silver Linings Playbook” rank among my favorites. But his sins outweigh his triumphs, and I had no feelings about him before, so it’s easy to hate him now.

I usually call him Mr. Mitchell, though I don’t suppose I have to, since he hasn’t been my teacher since 2015. Calling him Tim makes it easier for me to say what he did: 22 years ago, he had sex with a student. He had grown close to the girl starting when she was 15, an only child of divorced parents whose mother worked long hours. She sought adult companionship and Tim provided; they talked for hours, they talked outside of school, she babysat his children. On June 7, 1995, he took her to a baseball game, gave her beer and marijuana, and drove her to a park where they had sex. She graduated from high school eight days later. They slept together again June 19, for which Tim was not charged, because at that point the girl was no longer his student.

Afterward, he convinced the girl “it was her fault for the encounters,” according to her testimony, published in full by The Shakerite. Tim pressured her to keep their relationship a secret, and she did — until April 2017, when the victim, now a wife and mother, came forward to press charges.

But I didn’t know Tim. I knew Mr. Mitchell.

I first met Mr. Mitchell as a sophomore in high school, terrified of taking AP U.S. History. Mr. Mitchell, who had accrued legendary acclaim as an APUSH teacher, taught a weekly APUSH study session after school. I sat in the same desk there, two seats from the door, every week from September till May. In those sessions, I learned why 19 years of Shaker students had loved Mr. Mitchell, why one had painted him as George Washington in a mural across from his office.

In every study session, I sat straight in my seat, gripped by the information he conveyed. I even looked forward to the sessions, despite how exhausted I was after 10 hours of classes and clubs that day. Mr. Mitchell was dynamic and engaging, coupling text analysis with clips of a little-known composer rapping about Alexander Hamilton. He joked with his students and explained AP exams from a grader’s perspective, to ease our worries about the test. He rooted for Michigan State, his alma mater, against both the Buckeyes and the Wolverines, and said he’d lived in the same dorm as Madonna. He even looked a bit like George Washington, too: tall and wiry, white hair and blue eyes. He smiled a lot.

I got to know Mr. Mitchell well enough that year that he teased me about my love for my cat. (I stand by it. She’s perfect.) He met with me and my friend Marcia to give advice on our National History Day project, which eventually won third place in the nation. By the end of sophomore year, I liked Mr. Mitchell enough that I wanted to work with him more. That’s part of why I joined the International Baccalaureate Diploma Programme, a new initiative at my school that he directed. Through IB, I got to know Mr. Mitchell even better, interacting with him at events, in after-school conferences and even in some courses. Again, he taught me after school, in Theory of Knowledge, and again I liked the class, despite my fatigue after every school day.

Our IB cohort did a gift exchange for the winter holidays one year, and Mr. Mitchell picked my name from the hat. He gave me candy, a wooden rose and a bumper sticker that used the Eiffel Tower to draw the word CLE. During senior year, I ended up crying in his office about my grandmother’s hospitalization. He comforted me then, and when she died the next day.

And he had sex with a student, who still has panic attacks in Shaker Heights, who can’t sit through videos about inspirational teachers, who has trouble trusting her children’s instructors. He abused his power as a teacher and a mentor and sat on that abuse for 22 years while he taught other students. While he taught me.

I’ve spent the past few months grappling with Mr. Mitchell’s deception, trying to reconcile the man I knew with the crime he committed. It’s been agonizing. I’ve spent nights crying to my friends at college about it. I’ve rethought my major in American studies, a passion that he helped inspire. I’ve met with a therapist, something I haven’t done since I was 15 and in the throes of an eating disorder and depleted self-esteem that Mr. Mitchell, among many other supporters, helped remedy. I feel guilty every day for having fond memories of Mr. Mitchell, I feel guilty for wishing I remained ignorant of his abuse, I feel guilty while I sit here at my computer writing this piece. I found out four days ago that he’s been sentenced to nine months in prison, and I started crying in the middle of my favorite bakery. The idea of Mr. Mitchell in an orange jumpsuit brings bile to my throat, and I can’t help feeling it’s wrong, even though everything around me — my friends, the law, moral values — points out it’s right.

It’s easy for me to hate Harvey Weinstein, who I never cared about before. It’s impossible for me to hate Mr. Mitchell, who helped make me the student and person I am today.

Yet I’ve had to accept, as painful as it’s been, that Mr. Mitchell and Tim are the same. Deep shades of light and dark exist within his singular person; in my time knowing him, one side eclipsed the other. That duality hurts. It confuses me. It makes me want to punch a wall sometimes. But accepting that duality has helped me move forward. I hope this will help me take more steps:

Tim Mitchell, I forgive you.

I struggle with this choice every minute, because you committed a crime so heinous. But I can’t forgive you for having sex with that girl anyway. Only she has the power to do that. I can only forgive you for betraying my trust in you; for tainting some of my happy memories; for the pain and tears you’ve inflicted upon me over the past six months.

So I forgive you, despite the anger I still feel, although I won’t forget anything you’ve done. That “anything” includes both your crime and your care. Both matter to me, and always will. I forgive you because of and despite those things, and my forgiveness brings me some peace.

I hope you find some peace, too, Tim Mitchell. I really hope you do.

Abby White (’15), a junior at Columbia University, was print managing editor of The Shakerite as a senior.