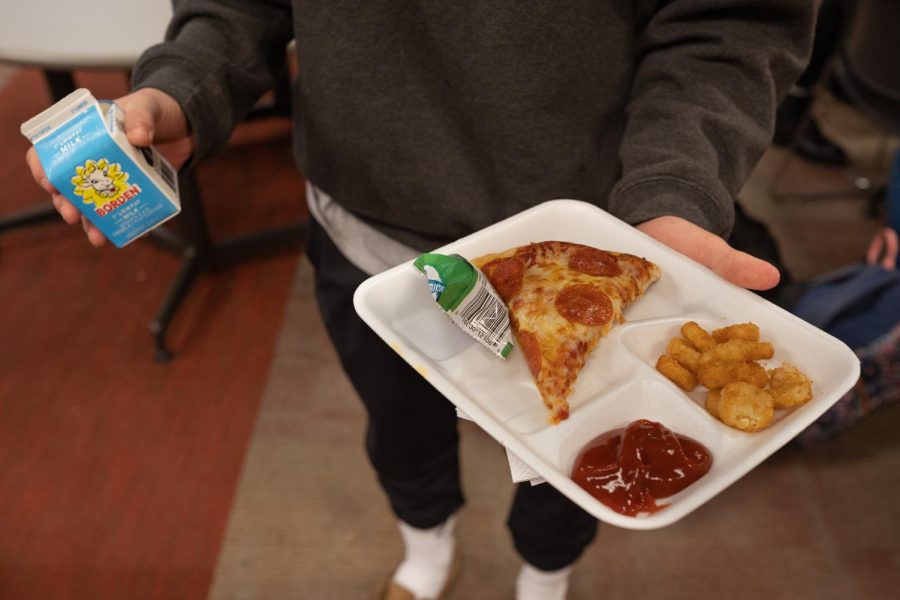 Students who receive free and reduced lunch benefits will not lose access now that the Trump Administration has reversed its proposal to cut $4.5 billion from a nutrition assistance program.
The Administration’s proposed rule would have caused nearly 3 million people to lose access to the Supplemental Nutrition Assistance Program, commonly known as SNAP. In addition, a second analysis from the Food and Nutrition Service estimated that almost 1 million children would lose automatic eligibility for free or reduced lunch. Forty-five percent of those children would still be eligible but they would have to apply for benefits instead of receiving them automatically. Fifty-five percent would lose access altogether.

This analysis presents concerns for the high school’s student population, in which 34 percent of the students received free or reduced-price lunch during the 2016-17 school year.
A student who did not want to be identified told The Shakerite that she opposes Trump’s proposed rule. “It’s a very horrible idea,” said the student, “the fact that he thinks it’s OK to take away kids’ lunches and breakfasts that they need.”

“My family doesn’t have as much income as an average American family,” the student said. “Me not having the opportunity to eat lunch or breakfast when that can sometimes be my one meal of the day. When I go home it’s just upsetting to know that I probably won’t be able to eat anymore.”

The Trump administration’s sudden reversal of its decision occurred after the public comments page for the proposed rule received nearly 130,000 responses, most of them opposing it.
In addition to this public backlash, Rep. Marcia L. Fudge, chair of the House Agriculture Subcommittee on Nutrition, Oversight, and Departmental Operations and representative for the 11th District of Ohio, opposed the rule.

“The proposed change to the Standard Utility Allowance is only the latest in a long list of planned cuts to critical assistance working families count on to provide for their basic necessities and put food on the table,” Fudge said in a statement published on her web page. “Instead of declaring war on poverty, this president has declared war on our most vulnerable citizens.”
The Greater Cleveland Food Bank also had concerns about how the proposed rule would affect Cuyahoga County. “SNAP is the largest nutrition assistance program in the United States,” wrote Kimberly LoVano, the Director of Advocacy and Public Education at the food bank.

According to LoVano, the food bank provides benefits to nearly 200,000 people in Cuyahoga County, including 82,000 children. “If fewer people are eligible for SNAP or see a reduction in benefits due to these changes, we can expect more people turning to food pantries, hot meals, and other food programs to make ends meet,” she stated.
LoVano spoke against the proposed cuts in Washington, D.C. Oct. 28 and 29.

According to LoVano, the food bank will continue to help families. “If these rules take effect, we will notify our community of the changes and continue to help connect them to benefits they are eligible for,” she wrote. Families in need of assistance can reach the food bank’s help center at (216) 738-2067.

In the face of the debate over SNAP’s funding, the students interviewed want the energy to go through their day. Said the first student, “I didn’t ask to not be fed because I don’t have enough income coming into my family.”