Two Worthing College students have been denied entry into the U. S. 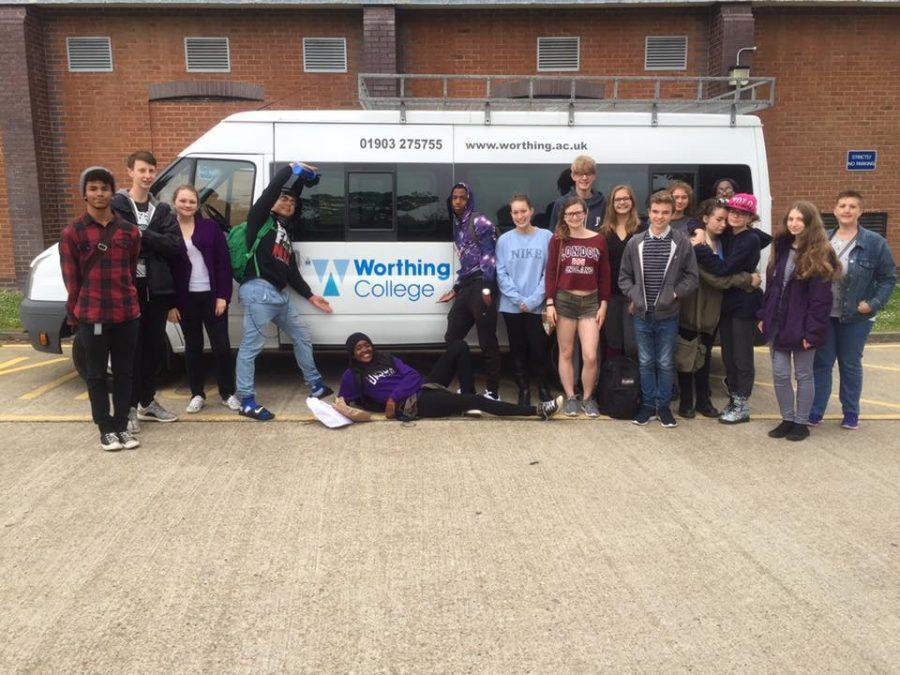 Students on last year's Shaker-Worthing Exchange meet in England for the summer leg of the exchange.

“Two students who were planning on coming to Shaker in October as part of the Worthing exchange program were denied admittance to the U.S. by the American Embassy in London because they are Iranian asylum-seekers in the U.K.,” said Shaker Heights Teachers’ Association President Dr. John Morris, an English teacher who coordinates the exchange.

“This the first time we have ever had this happen in the 20-plus years of the program.”

The current version of the executive order establishes a 90-day travel ban for individuals from six predominantly Muslim countries: Syria, Iran, Libya, Somalia, Sudan and Yemen. This version of the ban exempts permanent residents and visa holders and cuts the number of immigrants from these countries annually allowed into the United States to 50,000 from 110,000.

The two students, Pedram and Mohsen, received a letter from the U.K. Embassy of the United States saying “[The] decision is final and cannot be appealed. While you are not prohibited from reapplying for a visa, unless you can show credible, new, and compelling ties outside the United States, and that your intended activities in the United States are consistent with the visa class, a different outcome is unlikely.”

According to the letter, unless the students could show “strong economic, family, and social ties” outside the United States, they were considered immigrants because the embassy could not ensure that they would depart the United States after their authorized time to stay. The letter also indicated that the embassy could not be sure the students’ activities indicated in the application — in this case, the Worthing Exchange program — would be consistent with what they’d actually be doing in the country.

The full letter can be read here.

Tori Bond, a teacher at Shaker’s sister school in Worthing, sent Shaker school officials an email detailing the students’ experiences at the embassy.

“Apparently there were about 1,000 people there, they had to wait for 3 hours, pay over £300 [about $364.47] and they were the last two to be seen,” she stated in the email. “They weren’t even given an interview. This is just dreadful treatment.”

Adults in Shaker who are working with the Worthing Exchange are trying to contact Sen. Sherrod Brown for help with the situation.

Shaker students who have participated in the Worthing Exchange called it an important aspect of their high school careers.

“The Worthing Exchange was one of the most amazing experiences of my life, and it’s upsetting to know that these two kids can’t come because of this travel ban,” said senior Jessa Kaups, who participated in the exchange last year. “I built a lot of close relationships with both the American students and the British students I met on this trip, and it’s completely unfair that these kids can’t experience that, too, due to something that’s out of their control.”

“I gained a lot of new friends both from Shaker and from England,” said junior Allison Osborne-Nurse, who also participated in the exchange last year. “We get to learn about the culture of other people and get to experience how they live and how they interact with others for two weeks.

“I think it’s important for students to take advantage of exchange programs like this so that they can go out and explore the world — without parents or other adults breathing down their necks,” she added. “We get to build long-lasting relationships, and it’s an opportunity that we will never forget.”

Senior Hadas Marcus, another participant in last year’s exchange, said she and her host student maintain their strong connection.

“Harriette [her host student] is basically British me,” she said. “We became really close and we’re planning on traveling together in the summer.”

In addition to restricting the participation of two British students, the ban may affect the entire exchange.

“Immediately, this ban jeopardizes the Worthing Exchange this year,” Morris said. “Our English counterparts may now not have enough students for the trip and may have to cancel next fall. Likewise, our trip to England may be cancelled this summer.”

Morris stated that the travel ban’s negative impact reaches further than only the Worthing Exchange.

“This ban limits the experience Shaker students have to travel and see the world as part of our many exchanges,” he said. “Likewise, it limits our identity as global learners when a part of the world is cut off from us — and us from it.”

“I have had students express anxiety over how they will be viewed by others outside of our country given these new restrictive policies,” he said. “Will being a U.S. citizen become synonymous with close-mindedness and bias?”

“I think it’s important to make it clear to our sister schools that we are not in support of this ban,” Kaups said. “We, as kids and young adults, have a lot of responsibility to build relationships with people from different cultures and backgrounds.”

Outside of Shaker, people have also been criticizing the Trump administration’s travel ban.

“#OH11 is home to many Muslims,” one of the tweets stated. “I fully support them & their right to worship. My position has not changed. I oppose the #MuslimBan.”

“The law is clear,” another stated. “Discrimination based on religion is squarely against our nation’s founding principles.”