The Drudgery of Dredging

Turtles returned to Green Lake, but residents have not 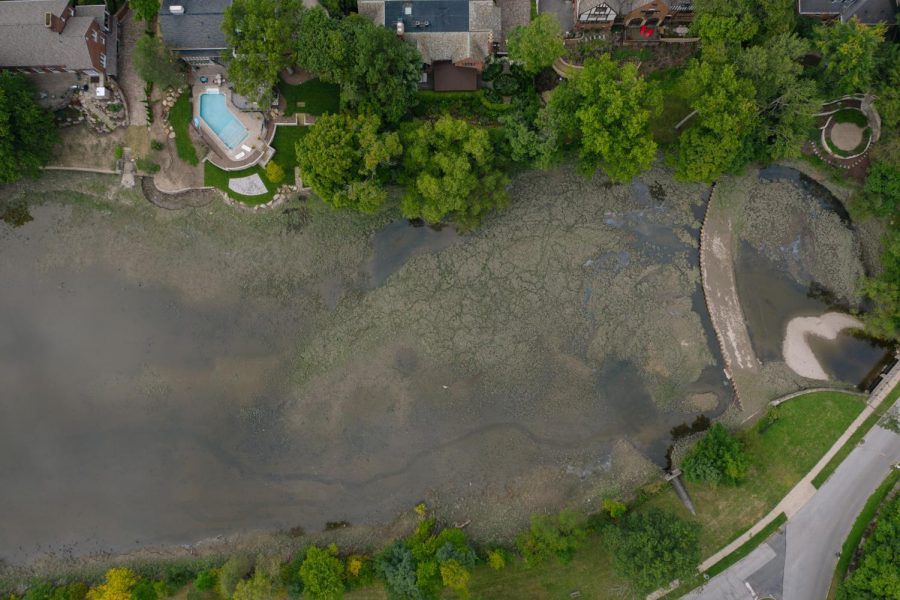 Green Lake, pictured above is being dredged to prevent floods

Six years after plans were initiated to drain and dredge Green Lake, the work continues.

The project was initially projected to cost $1.5 million. Last year, another $3.3  million was invested in another round of dredging and improvements.

There has been flooding in the past due to storms, and there is a possibility of flooding due to the lake.

Junior Zach Lehner, who lives across from Green Lake, is not happy about how long the project is taking. “When I used to walk down my street, I would always see people on benches, or taking photos, or stuff like that. Like my family — we used to take a lot of our holiday pictures there, and now we don’t really do that as much,” Lehner said in a phone interview.

“I don’t really see as many people as I used to,” he said. “It’s drained now and gross.”

When the project was first introduced, 30 turtles were at risk of being endangered if the dredging continued.

The Herps Alive Foundation, a reptile and amphibian rescue organization based in South Euclid, resolved to help those turtles. The organization is “dedicated to taking in unwanted, neglected and abused reptiles and amphibians, rehabilitating them and then finding homes for them when appropriate with an emphasis on educating the public,” Herps Alive Foundation executive director Kieth Gisser said.

“We had several meetings. We had to get permission from the state because the animals were going to be held for longer than 30 days. We borrowed several turtle traps from John Carroll University and set traps and started trapping turtles,” Gisser explained. “We trapped approximately 30 turtles in a two-week period and brought them here and maintained them while the dredging was going on.”

The turtles were returned to the lake 2018. “Herps Alive felt that based on the amount of water, and based on reasonable amounts of rain, it would be OK,” Gisser said.  “They’re not really comfortable, but they’re safe.”