Members are getting to know Substitute Principal David Glasner 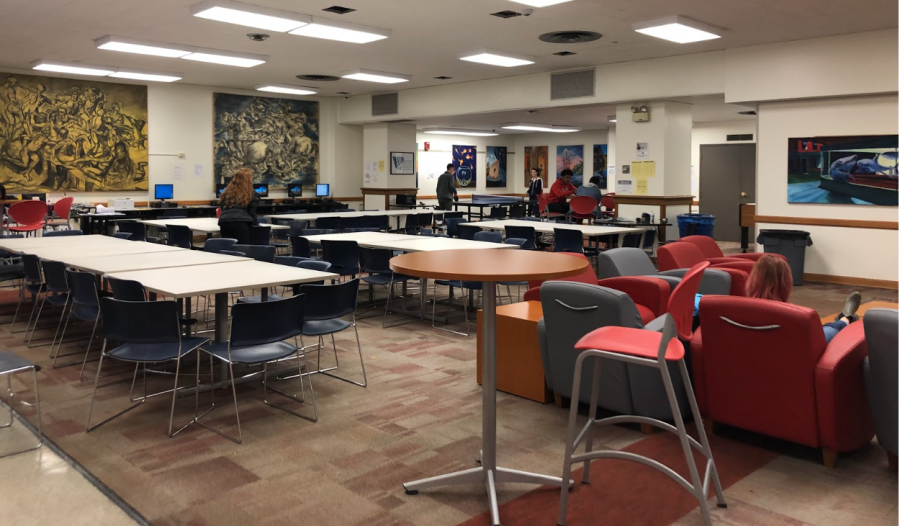 The team meets once a month on Tuesdays after school in the senior lounge.

The current members of the Student Leadership Team will continue to meet this year, despite Principal Jonathan Kuehnle’s reassignment.

The Student Leadership Team promotes equity in the community and the school system. They discuss challenges such as community outreach and express them to the principal of the high school. The team meets after school on Tuesdays every other week.

David Glasner, who assumed the role of substitute high school principal Nov. 1 after Keuhnle was placed on administrative leave, held an introductory meeting with the team Nov. 13. The  SLT members said they enjoyed the atmosphere of the meeting and agreed to meet more often this year.

Senior team member Christos Ioannou said he liked the Nov. 13 meeting, which was informal. “[Glasner] was just getting to know us, what our concerns were, what’s going on at the moment and how we can help him,” he said.

The SLT is currently trying to improve communication between high school students and Glasner. “We want to make sure there’s a connection between what the student body wants and what the administrators and staff at Shaker are going through. Transparency, really,” senior Lauren-Grace Reynolds said.

Glasner said he supports the SLT and views it as a strong and committed group of students. He hopes to continue to assist the team during his time as substitute principal. Glasner added that he will prioritize meeting with student and faculty leadership groups. “From my perspective, I find the Student Leadership Team valuable because they really help to give me input and feedback on the student experience here at the high school,” he said.

Glasner has met with the team three times since assuming the principalship in November.  Kuehnle met with the SLT in August and September but canceled two October meetings due to his attendance at the National Conference for the Bridges Program in Dallas.

Reynolds appreciates Glasner’s effort.  She said, “I feel like he’s been thrown into a lot of things; but he’s still attempting to give it his all, which is really a nice feeling.”