Principal James Reed's 9:57 a.m. announcement informed students, staff of threat, reassured them that there was no danger 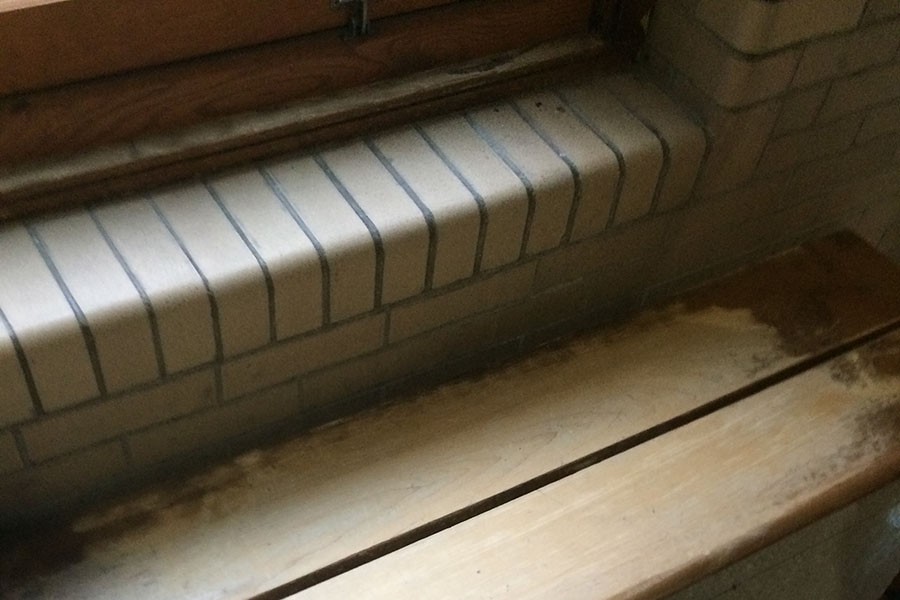 A student wrote a threat on this dance room bench last night. Custodians sanded the bench to remove the graffiti. Principal James Reed informed the school of the threat via P.A. announcement at 9:57 a.m. today.

Following three threats made by an anonymous Instagram user that prompted hundreds of students to depart from school Oct. 7, a new threat was made via graffiti in the school dance room.

According to the police report, the student responsible was arrested.  The district’s communication about the incident earned praise from students and parents.

Principal James Reed addressed the new threat on the P.A. system at 9:57 a.m., stating that no danger existed and that the student was in police custody. He said security staff was notified this morning, and the student was identified via security camera footage. “We have no reason to believe that anyone is in danger,” Reed said. He commended the staff on “their rapid and coordinated response to this incident.”  Superintendent Gregory C. Hutchings, Jr. released the same statement at shaker.org at 10:15 a.m.

The graffiti was sanded off of the bench before students arrived in the morning.

Sophomore Dawn Falokun said she saw three police officers at the high school.  She was not aware of the threat before the announcement. “Kids are stupid, doing stupid things like making stupid threats,” she said.

Freshman Kaitlyn Smith said that the district’s communication was better this time. She said that the amount of detail in Reed’s announcement helped to shut down rumors, but that the comment regarding the punishment that the student received seemed unnecessary.  “I think it was probably good because last time the reason there was such a problem is because (the staff) didn’t talk to us about it,” Smith said. During the Oct. 7 incident, Reed made a one-sentence P.A. Announcement during the first period that directed teachers to check their email.

Junior Dylan Freeman agreed. “I’m glad that there was some work put into the disconnect between the faculty and students,” he said.

The district informed parents of the situation via email. Parent Chris Connell was among them. He said he didn’t notice much a difference between how communication was handled from the last threat to this one.  However, because “by the time the email had come, it had already been resolved,” he felt a lot less anxious.  He is glad, as a parent, that students were notified.

Parent Amy Hanauer praised the district in a tweet. “Great message @DrHutchings @shakerschools @ShakerTeachers. Thanks for keeping our kids safe and keeping us informed,” she wrote.

Reed declined comment. He said, “The police are still in an investigation.”

Central Administration declined comment and said all known information has been released.