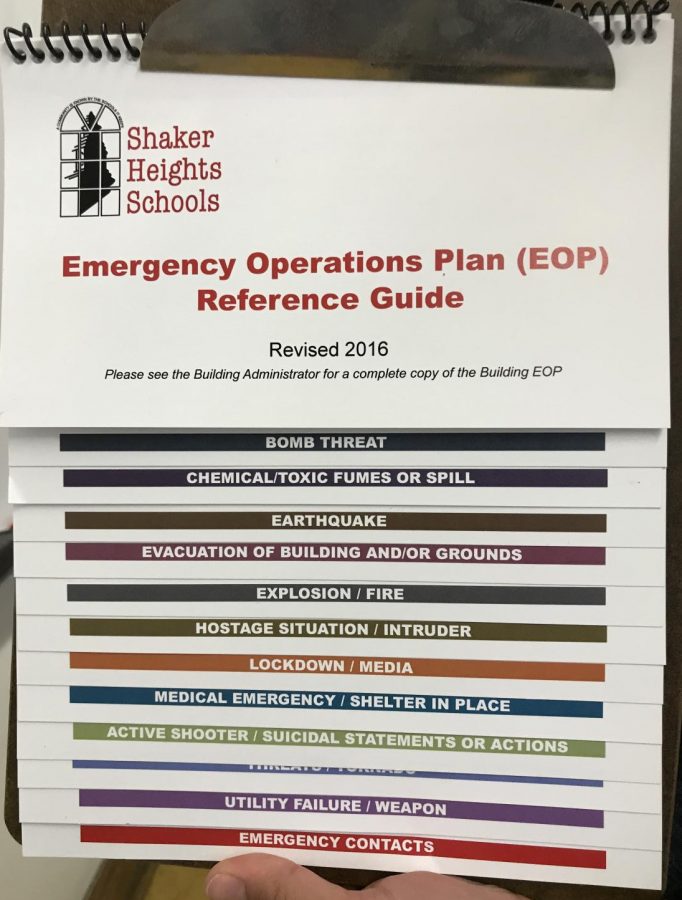 An emergency operations plan guide hangs on the wall, detailing procedure for different emergency situations. “We did take into consideration how soon to do it after the mass shooting," said Assistant Principal Inman.

Almost two weeks after the mass shooting in Las Vegas that killed 59, high school students were given instructions to go into lockdown during second period Oct. 13.

“Some of the students may have been concerned if there was a lockdown drill right after the mass shootings,” said freshman Sara Dina.

The drill was originally scheduled to be done the week prior, but it was postponed to minimize fear after the Las Vegas shooting.

“Whenever we are scheduling our drills, we definitely want to take in consideration the appropriateness of the time and other conflicts that may arise in the building,” said Assistant Principal Ramsey Inman. For students, the drills are conducted in the same way that a real lockdown would be, and students do not know whether it is a drill or not until administration gives the “all-clear.”

Inman believes that in light of recent events, it was a smart idea to postpone the drill three or four days to avoid student paranoia during the drill.

“We did take into consideration how soon to do it after the mass shooting,” said Inman. He said the postponement gave administrators time to evaluate the school’s emergency protocols and procedures, “so that we can do the best, considering what happened.”

Students said they were not worried about their safety during the drill, though they agreed that the postponement was a good way to make students feel safe.

“We have to do nine evacuation drills and three lockdown drills per year, and we try to spread them out,” said Inman. “Basically the purpose is that, like anything you do when you practice, hopefully it goes smoothly when the real thing happens.”

Even with the postponed drill, however, students commented that it was ironic for a lockdown drill to be on Friday 13.

“Honestly, I think it probably was just a funny coincidence that it was on Friday the 13th,” said Dina. “It was kind of a little bit like, wait, what’s happening.”