Per a former Shakerite editor’s nomination, Natalie Sekicky will be honored for her lasting impact as a teacher June 21 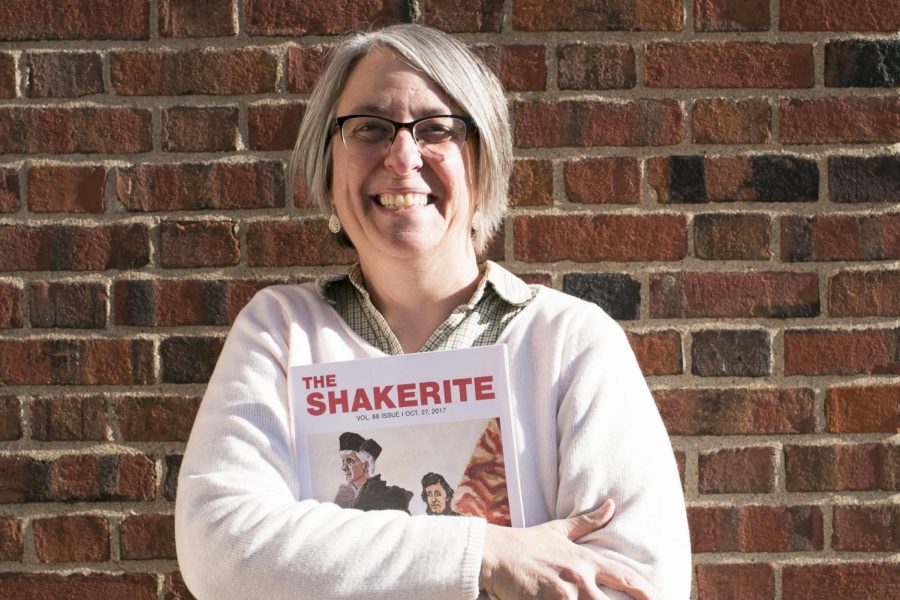 Sekicky and four other recipients will receive the award June 21 in Evanston, Ill. Both she and Shaker Heights High School will receive $5,000.

The Shakerite’s former Print Editor in Chief, Shane McKeon (’14), who will graduate from Northwestern’s Medill School of Journalism this year, nominated Sekicky for the award. The selected teachers are invited to attend Northwestern’s commencement ceremony.

Per McKeon’s nomination, Sekicky was selected as a finalist, submitted a teaching portfolio, interviewed with a selection committee and was ultimately selected by the university’s president, Morton Schapiro, as a recipient.

In an interview with The Shakerite, McKeon said, “Everyone who has ever had Natalie as a teacher knows how extraordinary she is in the classroom. I personally wouldn’t be doing what I’m doing now or have the future aspirations I have if it wasn’t for Natalie.”

Sekicky, who began teaching at Shaker in 1997, said she is humbled by the award. “I am so fortunate to work daily with such smart, insightful students who embrace the challenge of documenting news and providing editorial leadership,” she said. “I have the best job in the school.

“I wish every teacher could receive such recognition.”

McKeon said he hopes the financial award will help The Shakerite grow. “Shaker is a rare place where high school journalism is not only encouraged, but it’s well-funded and it’s a place where if you want to be a journalist and you’re a teenager you can really thrive — and that’s not true of many, many high schools,” he said.

McKeon added that, in particular, he would like the $5,000 award to benefit the newly-created Shakerite podcast, The Shake. “As someone who’s going to hopefully work in public radio and work in podcasting, it would be great if some of that money helped these young journalists start a podcast and really make it as great as they know they can,” he said.