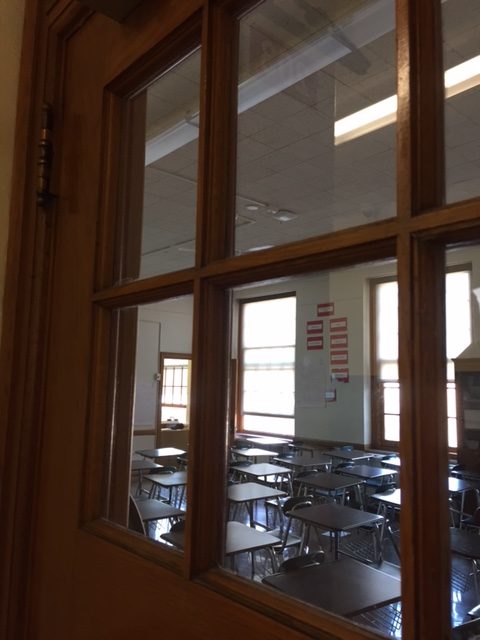 Seniors plan to go through with skip day this Friday, despite a reminder to parents from the administration that their students’ absences will be unexcused.

Principal Jonathan Kuehnle’s weekly Sunday robocall and email transcript stated, “My sources tell me that Senior Skip Day may be coming up soon (Friday, November 4). Please note: No matter what your child may tell you, this is NOT an approved absence from school, and we will carefully examine any notes/calls attempting to excuse students for this day.”

To qualify for senior project in May,  seniors must not accrue any unexcused absences during second semester. Because of this, seniors schedule their annual mass absence near the beginning of second quarter. “Now is the last time you can just skip school,” senior Mathieu Girard said.

However, explained Gus Mahoney, student body vice president, Student Council does not organize the event because it is not school sanctioned.

Though there will not be any additional rules in place Friday, the school will record unexcused absences in adherence to school policy. “We’re not adding any rules; we’re just being a bit stricter on the ones that we already have,” Kuehnle said.

“If you want to take the day, it’s up to you and your parents to decide that, but your parents would have to, basically, not be honest with the office as to why you’re not at school,” she said. “They can’t call us and say, ‘Hey, Betsy’s not at school today because she’s doing senior skip day.’ They’d have to say you’re sick, you’re at a medical appointment, or any of the various reasons that the state gives to be excused from school.”

The school will try to discern illegitimate and legitimate excuses. “We don’t want anybody forging notes, saying that they’re from mom or dad,” said Kuehnle. “If somebody calls in and says, ‘Hey, my kid has a doctor’s appointment,’ we may request a doctor’s note, as is in our power to do any day.”

However, students are skeptical of the adminstration’s ability to evaluate excuses. “People are still going to find a way to be excused,” senior Natalia Gardner said. “We’re annoyed that they’re not going to excuse it, but I think everyone is still going to skip.” The school has never excused seniors’ absences on senior skip day.

The field hockey team will play their state semi-final game at Upper Arlington High School Friday at 2:30 p.m. Though some seniors may still be sleeping then, some may travel to the Columbus suburb to watch the Raiders compete.

Senior Jakee Frazier said he plans to stay home. “I’m going to take that day as a day of relaxation,” he said. “My mom said I can take a senior day and she’ll excuse me.”

“‘I, personally, will be skipping,” said another senior. “I’m going to the field hockey game. Senior skip day is a senior tradition, and for them to go out of their way to say it’s not anything is kind of stupid.”