Parents, students, faculty and community members gathered to aid the search for a new principal 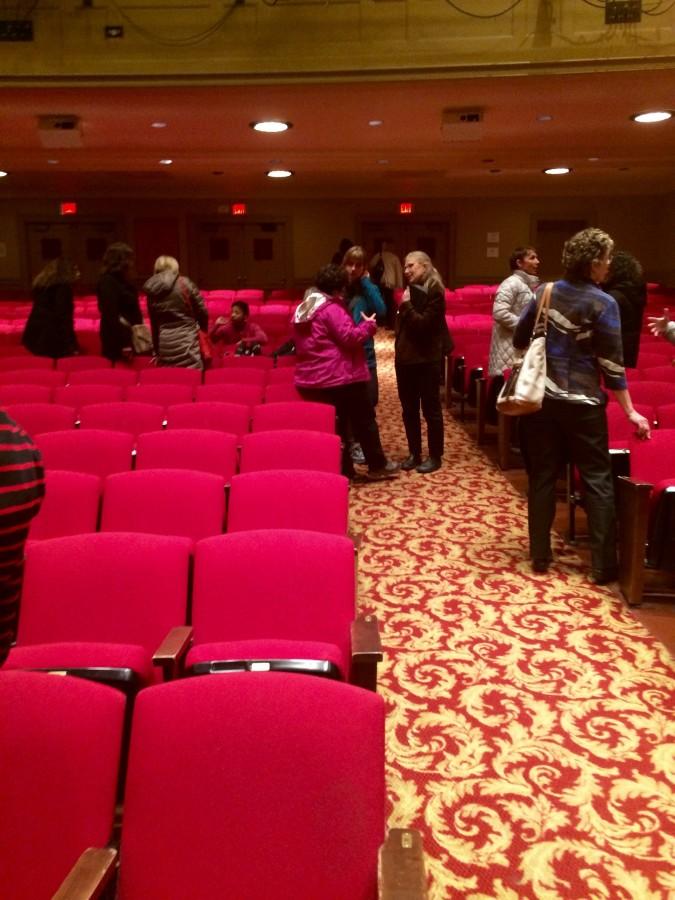 Parents and comunnity members converse after meeting on April 22

The national search for Shaker Heights High School’s new principal has begun, but some community members think it does not have to go far.

“Clone Mike,” said one adult who attended an April 22 meeting designed to solicit community input about the new leader, who will replace Principal Michael Griffith. On April 13, Griffith announced his intention to resign, effective June 30, and assume the head of school post at the Ratner School

The meetings occurred April 22 and 23 in the SHHS large auditorium and middle school cafeteria, respectively. Community members, faculty, parents and students were invited to discuss their hopes for the new principal of SHHS.

This idea of “cloning Mike” and being unable to find a sufficient replacement was countered by an audience member who said, “I think there are some great things about him, but he has some flaws as well. I don’t think we need to clone Mike… Change is necessary. It’s challenging and it’s frustrating.”

One man at the high school meeting answered simply that he’d like the new principal to be “a woman.” Others expressed a need for someone who is “culturally competent” and someone who is “not fixated on data and numbers.”

Dr. Ted Blaesing, senior associate of Hazard, Young, Attea & Associates, Ltd. executive search division, is assisting the district in this national search. HYA has worked with Shaker to hire current Shaker Heights Middle School Principal David Glasner and Superintendent Gregory C. Hutchings Jr. as well as other officials. Blaesing encouraged honest conversations and comments from the audience of approximately 70 on Wednesday and 20 on Thursday to gain an understanding of the expectations Shaker community members have for the new principal. The Wednesday audience Wednesday was primarily parents of current high school students, staff and no students, while Thursday night’s was primarily parents, some without current high school students, and one student in attendance.

Blaesing began by listing the topics of the discussion: Shaker’s strengths, areas of concern or issues, and desired attributes of the future principal. The first comment from Wednesday’s meeting, however, was an audience member voicing disappointment about Griffith’s departure. Blaesing took note of the comment, but the focus was quickly drawn back to Shaker’s strengths by Assistant Superintendent Stephen Wilkins.

“We need to focus on providing the information that he [Blaesing] needs to do his work,” replied Wilkins. “So if we can talk afterwards, that would be fine, but for the time, let’s focus on following Dr. Ted’s advice.”

After that, audience members at the high school meeting commended Shaker for its strength in both the IB and AP programs, variety in course opportunities, music and visual arts, the special education program, hard-working faculty, the encouragement of success, global opportunities, respect between administration and students, cultural diversity and support systems available to students, such as after-school conferences.

The points addressed regarding Shaker’s strengths during the middle school meeting the following night overlapped significantly with those noted during the high school meeting. The discussion began with a woman stating her opinion on the financial issues facing Shaker, followed by another mother expressing her disappointment with the lack of support minorities receive while taking AP and IB courses. The discussion was once again redirected back to Shaker’s strengths.

The next leg of the discussion focused on concerns and issues facing Shaker. Audience members at the first meeting addressed the racial achievement gap, excessive testing, segregated sports teams, a concerningly low rigor within general education courses, unfair disciplinary action, community members sending their children to private schools and insufficient technology. One audience member stated that she wants Shaker schools to continue following an educational model rather than a business model. Another brought up an issue he had with Hutchings.

“Recently, it feels like there’s a serious amount of disconnect between him, staff, parents, not fulfilling commitments, falling short, odd decisions being made,” he said. “That makes me very uncomfortable with who’s making this decision.”

Kathy Connors, mother of one current student and one future high school student, expressed skepticism in finding a sufficient principal to replace Griffith. “I come to this meeting with a heavy heart because I think we’re losing a really great principal who had the ability to connect with all the kids and parents in Shaker, and I just don’t see how we’re going to fill those shoes,” she said.

Audience members also strongly encouraged the search consultants to look within Shaker for a candidate.

The discussion during the second night’s meeting featured similar concerns. Additional concerns at this meeting included funding, an inconsistency with the way issues are handled by the administration and the outdated conditions of teachers’ workplaces. 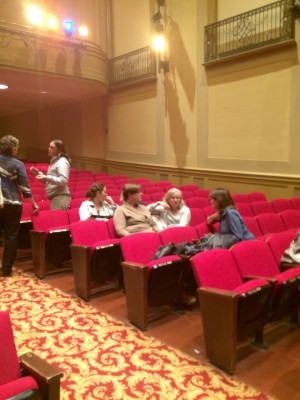 A parent at the meeting expressed her concern with the treatment of African-American males at the high school, saying she is “frightened by the prospect of [my son] going to the high school” and is “considering putting him in a private school.” Another parent expressed the same concern, adding that the new principal needs to be someone who “is accustomed to a diverse group of people, especially African Americans.”

A trend then developed of traits the audience called out, including humility, visibility, instructional, integrity, visionary, stamina, absorbent and consistent.

A parent of a seventh grader at the middle school meeting explained that she is looking for someone who “is not afraid to lead.” She explained that after reading The Shakerite’s coverage of Griffith’s departure, he sounded so “defeated and overwhelmed” that “it’s probably good [Griffith] is going.”

Junior Max Markey disagreed with this parent, who also supported what she called a top-down approach of the central administration. “When you have a leader who leads in that manner, you end up with a lot of issues that we are currently having,” Markey said, citing the administration’s “lack of communication” and “not being in touch with what the real issues are.”

Despite the use of a search firm and the staging of these meetings, some audience members still left the sessions feeling discouraged.

“We’re all sitting here saying things, and it’s almost like they already know what they’re going to do,” said audience member Barrie Sandman. “Are they really hearing us?”

Jessica Semel, mother of one current Shaker student and two graduated students, has faith in the existence of the right candidate, but is worried about the administration’s ability to find him or her.

“There are good people out there. There will be someone. I just want to make sure that it’s a thorough search and that a lot of people’s opinions are taken into account and that the students come first,” Semel said. “It should be the right person for our kids.”