Scientists’ Confirmation of Water On Mars Suggests Life is Possible 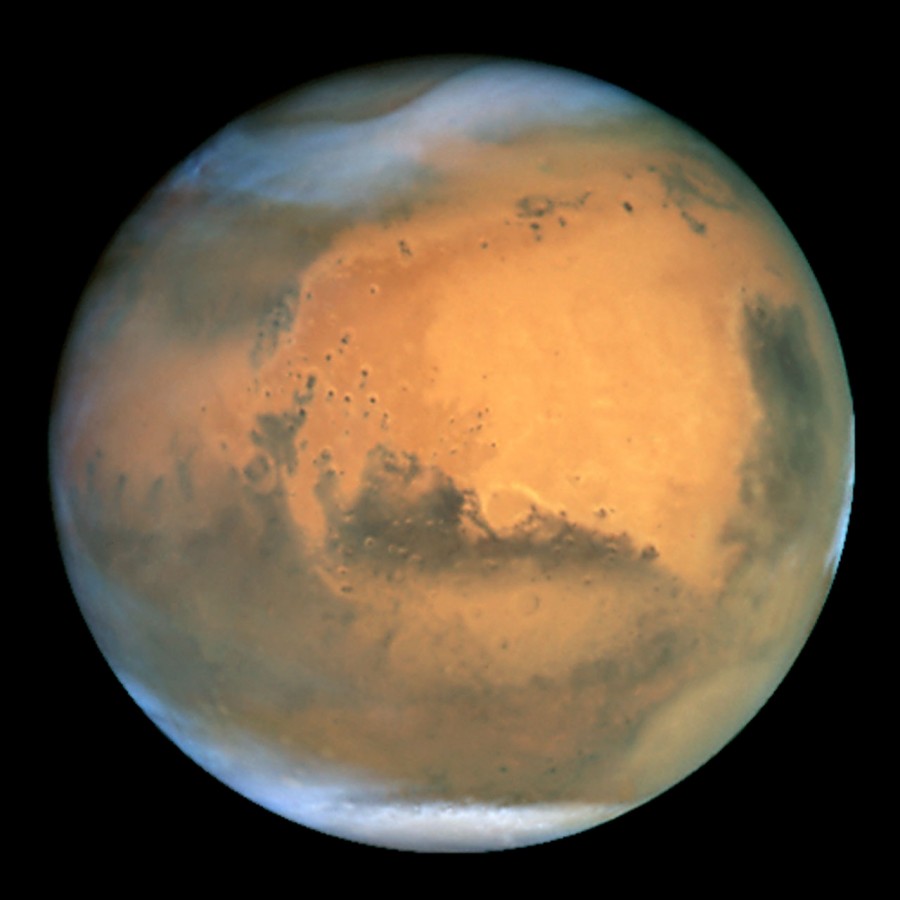 NASA/ESA and The Hubble Heritage

Alien life? No way, right? New research revealing water on the Red Planet suggests that it might be so.

For years, scientists have known that frozen ice has been locked away in the interior of Mars.

Biology teacher Nathanael Hsu said that this discovery is an amazing one from a science perspective. “Instead of 80 percent sure, we are now 95 percent sure, so that’s why it’s such a big deal,” he said. Hsu believes Mars can sustain life, calling it “definitely possible.”

The scientists’ discovery suggests that life could also be hosted there. They know that liquid water does not appear at the surface itself, but it could form in small amounts around dust particles in snow heated by the sun.  The Sojourner Rover was the first NASA craft to land on Mars on July 6, 1997. But communications were lost nearly three months later on Sept. 27. Since then, people have speculated about the possibility of life on Mars due to the planet’s similarity to Earth.

“The area where there is water, which is necessary for life, could support very tiny organisms — prokaryotic bacteria — like Martian bacteria,” Hsu said.

However, he explained, there is a chance that bacteria could give a false impression. “The articles I was reading were saying the idea that the rovers can’t get close to [the prokaryotic bacteria] to analyze them because the rovers might have earth bacteria on them, which could contaminate and cause us to think that we found Martian bacteria, even if it’s Earth bacteria.”

Sophomore Cielle Brady thinks Martian life is possible — and possibly scary. “I definitely think that there could be life on Mars,” she said, add that she is excited to see if the universal question can finally be answered. “I’m hoping if there is life on Mars, it’s not like the scary monsters they display in the movies,” Brady said.

Hsu said that the technology necessary to allow humans to live there wouldn’t likely be available in his lifetime. “By the time you guys get older, you could probably have a nice hotel,” he said. He admits that it would probably be too harsh for him, anyway.

“I’m actually a wimp when it comes to camping,” Hsu said.

Brady said she wouldn’t consider living there. “Even though there is water, I still think that there will be a need for fertile soil to sustain life on Earth; on Mars there is soil, but it’s basically just dust,” she said.

Junior Cami Cicero said she would consider moving to Mars. “If I thought the conditions on Earth were bad enough, I would definitely consider it, but if it was because [human life] on Mars was possible, probably not,” Cicero said.

Freshman Sophie Greff agreed with Cicero, explaining that she prefers the comfort and familiarity of Earth. She said, “If for some reason Earth became dangerous and I couldn’t live there, I would move to Mars.”
Mars Photo Credit-Wiki Commons NASA and The Hubble Heritage Team (STScI/AURA)