Podl Disciplined ‘Without Just Cause’ 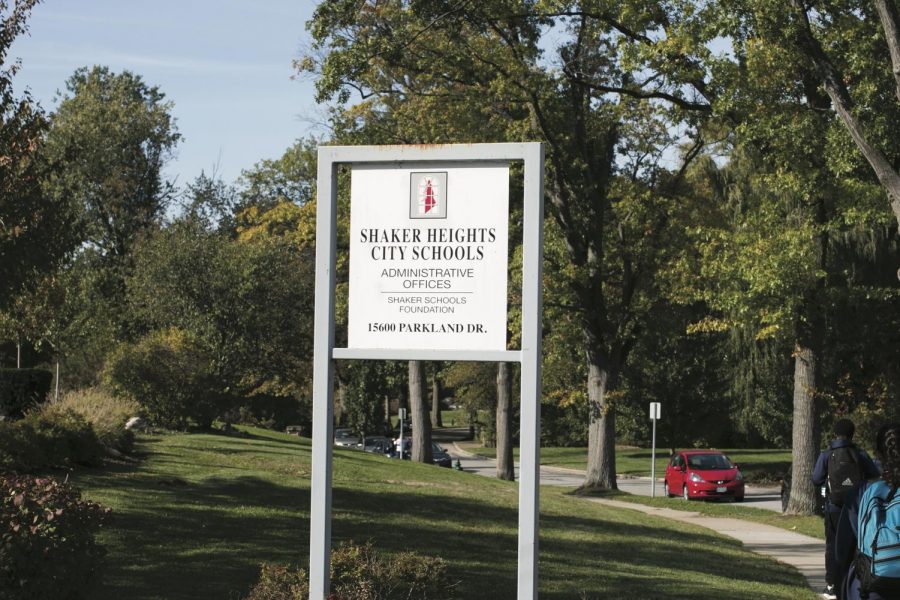 An arbitrator today sustained a Shaker Heights Teachers’ Association grievance filed Nov. 8, 2018 that claimed the district failed to give high school English teacher Jody Podl due process during its investigation of alleged bullying, harassment and intimidation.

The arbitrator also found that Podl, who has worked at the high school for 20 years, had not violated the district’s policy on bullying and hazing. “The inescapable conclusion is reached that the discipline was issued without just cause,” the report stated.

The SHTA filed a grievance Nov. 8 on the basis of academic freedom, communication and the lack of due process for Podl. It was the association’s first over due process.

“I am obviously relieved that the arbitrator reviewed my case and exonerated me from wrongdoing. It’s been a long time coming,” Podl wrote in a statement to The Shakerite. “I don’t think there are enough words in any language to express my gratitude. I am indebted to John Morris, Susannah Muskovitz, SHTA and my colleagues in this district who have been so supportive of me these past six and a half months.”

Muskovitz is the SHTA’s legal counsel.

“I also appreciate the passion and the kindness of so many in this community who have helped me keep my head up,” Podl stated. “And, of course, I have a fierce and loving family.”

Podl was placed on administrative leave Oct. 10, 2018 while the administration investigated student complaints it designated as discrimination, bullying, harassment and intimidation. The decision was announced through an email sent to parents of Podl’s students and high school teachers on Oct. 19 by then-Principal Jonathan Kuehnle.

Two investigations ensued. Both began Oct. 4. An investigation conducted by Dr. Marla Robinson, chief of staff, which concluded Oct. 24, found no evidence of discrimination. A separate investigation into bullying, harassment and intimidation claims was initiated by Kuehnle but completed Nov. 5 by Dr. Terri Breeden, assistant superintendent of curriculum and instruction, after Kuehnle was placed on administrative leave Nov. 1.

Kuehnle resigned via a negotiated agreement with the board Jan. 9 after an email alleging repeated instances of inappropriate conduct reached the administration. His resignation will take effect June 30.

Breeden concluded that Podl should be disciplined and issued a reprimand Nov. 6. The SHTA maintained that Breeden failed to give Podl due process by refusing to allow her to respond to the findings of her investigation. Instead, Podl was instructed to attend a restorative practices meeting with students and parents on Nov. 7 and cleared to work. Podl has been on medical leave since then.

Interim Superintendent Stephen Wilkins published a statement on shaker.org Nov. 13 apologizing to Podl, students and families for the extended length of the investigations and claimed to be reviewing Kuehnle’s and Breeden’s actions during the investigation.”They did not live up to my expectations for how to process such reviews,” he wrote.

In a March 6 interview, Scott Stephens, director of communications, explained the findings of this review. “I think that the review was that Dr. Wilkins talked to different parties involved and asked questions, and I think he found that the investigation was done properly,” he said.

Wilkins’ review, however, did not investigate any of the claims made by the SHTA. “His concern at the time of it was that [Podl’s investigation] had not proceeded as quickly as he imagined or he liked, but that was pretty much it from his perspective,” Stephens said.

According to Stephens, Wilkins found that the main reason for the length of Podl’s investigation, 33 days, was that “key people” were out of town. “At one point, Ms. Podl’s attorney was not available to have a hearing with her, to have a sit-down review. And Mr. Kuehnle was not in town to attend a conference in Texas. Totally proper and school related, but two or three days here and two or three days there — suddenly you’ve lost a couple of weeks,” he said.

Asked whether any documents were generated by the review, Stephens said, “There is certainly not a report or something like that. I don’t know if someone sent an email to somebody or whatever.” The Shakerite requested documents related to reviews of Breeden’s and Kuehnle’s actions and was told none existed.

Clause 3.02 of the SHTA contract states that a “teacher may reply to any material in his/her personnel file which the teacher deems to be critical of him/her by providing a written statement to be placed in his/her personnel file and attached to the critical statement.” That clause was the basis for the SHTA’s due process claim. Podl was denied these opportunities to respond, according to the grievance.

According to Morris, Podl was also not given the full statements used in the investigation, including names of people who made the statements and dates statements were recorded. “We were never presented with unredacted statements or emails that were used as evidence for the disciplinary action,” Morris said.

After the SHTA filed the grievance, the two parties had 15 days to resolve it before entering into arbitration. According to Morris, the SHTA and the district had been working toward a settlement agreement over the district’s handling of the Podl investigation and due process. “We thought we had it worked out, but at the last minute the district said it would not work, so we were forced into arbitration,” he said.

The arbitration hearing was scheduled for February 12. A day before, Wilkins announced in an email to teachers, students and parents that the district had withdrawn disciplinary action against Podl. “We understand the skepticism, division and concerns that exist,” he wrote. “We have reflected on the past and it’s time to move forward to make our District whole again. With that goal in mind, the District has withdrawn the disciplinary action against Jody Podl.”

In a statement the next day, Morris wrote, “a letter like the administration’s is not the same as exoneration or the guarantee of just cause and due process.”

The district did not show up to the arbitration hearing the next day. Their lawyer arrived halfway through the hearing.

“When asked to rescind the disciplinary action, write a letter to these six parents correcting the first letter, and to co-author a statement with the SHTA to all members about how we would ensure that just cause would be established,” Morris stated, “the district at the last minute opted to short-circuit the process by issuing their statement and refusing to attend the arbitration.”

Morris added that the arbitrator called the case a “damn shame.”

“Due process and just cause protect us all from being unfairly found to have committed serious offenses in our teaching environment,” Morris wrote in a letter emailed to SHTA members this evening. “We look forward to working with the School Board and Administration to make sure nothing like this happens to any of our educators again.”

“The arbitrator’s conclusion validates the work that teachers in this district do each and every day,” stated Podl. “His words also make clear that it is incumbent on all of us to resolve our problems in a constructive manner that includes dialogue where all voices are heard and, most importantly, builds trust.”

The Shakerite called Stephens twice and emailed him this evening requesting a comment. He wrote via email, “We are aware of the decision and look forward to moving forward.”