The virus has disrupted orientation, but freshmen can tour the high school next week before onsite learning resumes 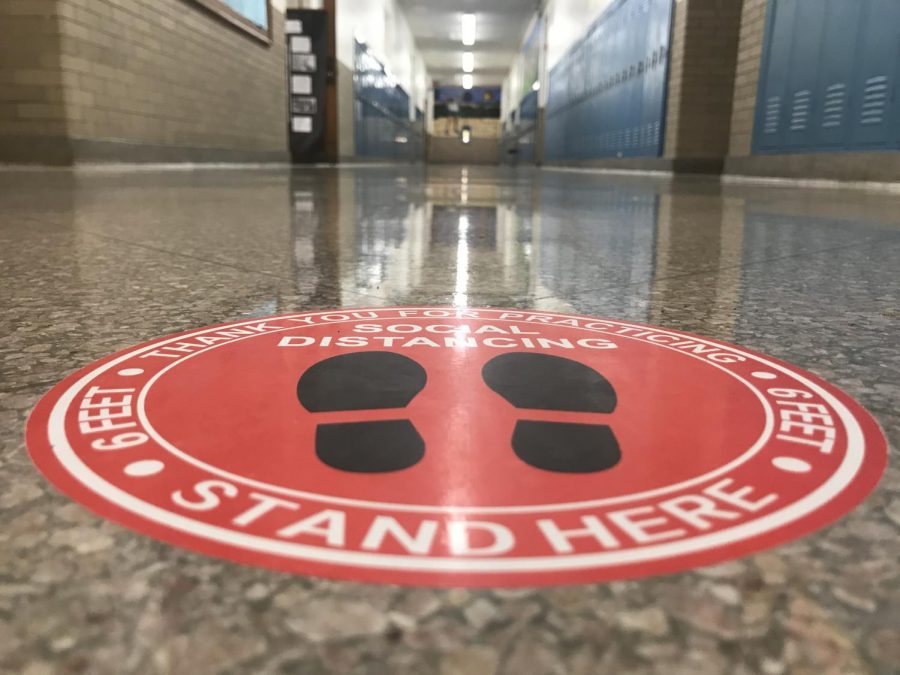 The pandemic has delayed and refashioned traditional 9th-grade orientation. Freshmen may tour the high school with a guide Jan. 15, the day before hybrid instruction is to begin.

Ninth-grade students will be permitted to tour the high school Jan. 15 before onsite instruction begins Jan. 19.

Tours will run from 9 a.m. to 2:15 p.m and will be 45 minutes long. Each tour group will be led by an upperclassman. Tour times will be scheduled based on students’ crew assignments. More information can be found here.

Earlier this year, Joseph Hernan, ninth-grade assistant principal, said that teachers and administrators had been working hard to prepare the building. However, they had not yet decided on whether or not orientation would happen. “I’m not sure if we’re going to be able to do an in-person freshman orientation. That’s not to say that I’m saying it’s ruled out, but as of right now that hasn’t been on the radar,” he said.

Then, a month or so later, an email was sent to all freshmen, inviting them to attend a tour so they could be prepared for the return of onsite learning Nov. 16. “This is an opportunity for ninth graders to familiarize themselves with the building, review expectations, find their lockers and ask any questions,” Hernan wrote. Students were divided into groups for the tour based on crew assignments.

However, all tours were canceled as the district stopped onsite learning at the request of the county.

Freshman orientation is usually held the day before school starts, so incoming students can acclimate to the new building. In the past, orientation has included a tour of the school, locker demonstrations and the opportunity for freshmen to ask questions.

Sophomore Thalya Payton wrote that there were orientation activities that freshman wouldn’t be able to do now because of the COVID risk. “For one, we wouldn’t have been in the auditorium, all packed together like we were,” she wrote.

Freshman did have a virtual orientation before school began, but because it was remote, the program didn’t provide information such as school layout and lockers. Instead, the event encouraged them to work hard during their time at the high school.

Freshman Gareth Sax said he would benefit from freshman orientation tours. “The high school is a big place, and I should learn where everything is. COVID procedures are definitely going to be a thing, so we should learn those at orientation. I think we’ve been in the school year long enough that only the in-person people need an orientation.”