The play, written by Playwrights Local, is coming to Shaker March 1, 2017, thanks to junior Margaret Bartimole. 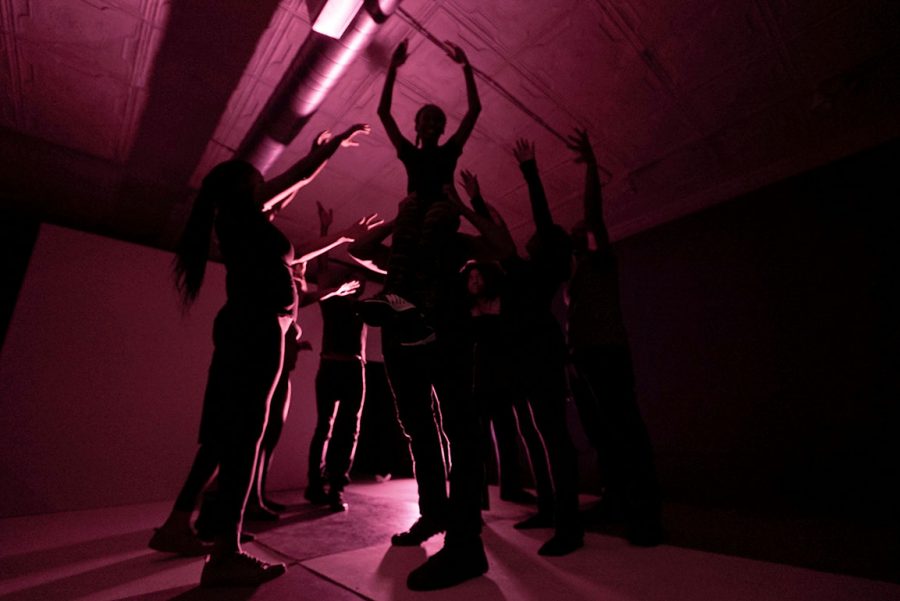 Members of the cast of "Objectively/Reasonable" perform the play.

Junior Margaret Bartimole is helping to produce the play “Objectively/Reasonable,” a community response to the shooting of Tamir Rice, at Shaker Heights High School.

“It’s not really like conventional plays; it’s a documentary play of sorts, which means that all of the words, the script, have been said by people,” she said. “It’s pretty much raw; they don’t edit it that much.”

“[Bartimole] was actually one of the Shaker students who [David] Todd interviewed for the community’s response to the shooting. Some of her words actually made it into the play,” McBurney said.

Todd is the artistic director of Playwrights Local, a theater devoted to producing locally-written works.

“He asked me a couple of questions about how Shaker responded to the [Tamir Rice] shooting in comparison to other places,” Bartimole said. After the interview, Bartimole was able to see the play at Playwrights Local for free. What she had told Todd about her response to the shooting had been incorporated into the play.

Bartimole approached McBurney hoping, with her help, to bring the play to Shaker. McBurney agreed to help Bartimole write a grant proposal. Yet, McBurney gives Bartimole credit for bringing “Objectively/Reasonable” to Shaker.

“Basically,” said Bartimole, “my title is ‘student producer,’ but I don’t want to take very much credit for anything.”

Bartimole explained the structure of the play. “There’s not a plot line. But it’s also not just monologues,”she said. “It’s these people interacting in a way that kind of shows issues in America, shows how the power is so off. It shows how we have a discomfort in talking and it just really starts a discussion.”

“This is important, and a discussion needs to be had at Shaker, especially with the stuff that’s been going on with the election,” she added.

Bartimole went on to say that she thinks there has been a lot of negativity in Shaker lately, which has “inspired a lot of beautiful things like the love wall and all these acts of kindness, but I feel like Shaker is a place that needs to be open and talking about it because we are such a diverse school,” she said.

McBurney said that the mark of a good play is that it’s relevant to any time period. “It’s relevant not only to its time with the violence that’s happening in this country and the unbalanced statistics of who is incarcerated and who is not, and who is treated how by authorities,” she said. McBurney noted that gun violence and police brutality have occurred locally, which increases the play’s relevance. “[The Tamir Rice shooting] happened a few miles away. This happened to someone who was 12 years old, so a middle-schooler. So, I think it really hits home for Shaker, and for everybody,” she said.

McBurney hopes that Shaker students will attend and bring people to see the show. “I’m expecting them to enjoy a piece of free theater that their fellow student was kind enough to work to offer them,” she said. “If it’s good theatre, and I hear it is, and I’m sure it is, then I expect it to start a conversation.”

“Stories are important to tell,” she added.

“Objectively/Reasonable” will take place in the large auditorium at 8 p.m. Wednesday, March 1. It will be free to all.

“I really want everyone to come and feel the weight and importance of the play,” Bartimole said.
“Go with an open mind and let yourself feel it all.”