Mason sentenced to life in prison for Fraser’s murder

The former judge, who murdered his ex-wife, Woodbury teacher Aisha Fraser, will be eligible for parole in 35 years 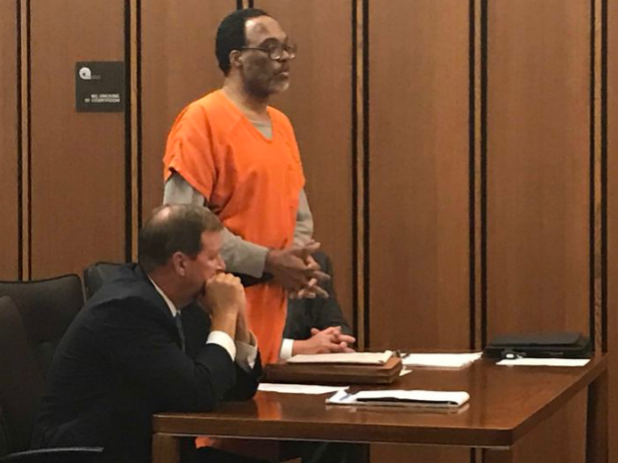 Lance Mason, who killed Fraser in front of their two children in the driveway of their home, pleaded guilty to charges of aggravated murder, murder, felonious assault, violating a protection order and grand theft.

Woodbury teacher Aisha Fraser’s murderer and ex-husband, Lance Mason, was sentenced to life in prison Sept. 12 and will be eligible for parole in 35 years.

“Ms. Fraser will have a lasting impact on the students she taught and on our community as a whole. We miss her and will continue to miss her. We can only hope the sentencing brings some small measure of comfort to those who knew her,” said Scott Stephens, district director of communications and public relations.

Senior Kaley Buchannan disapproved of the sentence. “Hearing that Mason will be eligible for parole after 35 years is appalling. I don’t care how old he will be,” she wrote.

In 2015, Mason was sentenced to two years in prison for a previous assault against Fraser. However, he was granted early release after nine months.

“I still find the whole case appalling, and it’s very sad that nothing could have done to prevent it when there were so many signs leading up to it,” English teacher Aimee Grey said.

“When I heard about what happened to Ms. Fraser, I was shocked. Dumbfounded. It took so long to truly take in what I was reading and hearing; that she was really gone,” Buchannan said.

“As a district, we will continue to find ways to highlight Ms. Fraser’s legacy in our school community and to help educate our students and families about domestic violence prevention and the importance of healthy dating relationships,” Superintendent David Glasner said.

“[The bill] is for all Ohioans because domestic violence always leaves in its wake families, communities, and all of us as co-victims, left to pick up the pieces,” Boyd said in a news conference introducing the bill. “Aisha’s Law, in short, is a continuum to unite law enforcement, the courts and community in partnership to change lives, and, I believe, save lives.”

The LAP was created by the Maryland Network Against Domestic Violence in 2005. The program was developed to identify victims in high-risk domestic violence cases and provide them with protection to prevent them from being seriously injured or killed by their abusers. The program employs an 11-question screening to determine the risk level of the domestic violence case. An officer would enact necessary service protocol based on one’s risk-level.

The second pillar of Aisha’s Law would require police districts to create a task force of two or more people. One member would be from law enforcement, while the other members would provide domestic violence victims and abusers with resources necessary to prevent future injury, such as domestic violence advocates or social services.

If alleged abusers have previous domestic violence charges, Aisha’s Law would prevent prosecutors from reducing charges or allowing defendants to admit to a lesser charge to avoid the risk of being convicted of more serious crimes.

Buchanan said Mason’s sentence does not resolve his crime.

“There is no way to fix what Mason has done,” she said. “Aside from being there for those around us, we must be informed and educated about all things domestic-violence related.”

“I think just educating people on domestic violence as on how it affects people directly is more important at the moment,” junior Max Kornblut said.

Grey said, “I still find the whole case appalling, and it’s very sad that nothing could have done to prevent it when there were so many signs that she was in danger. It makes me feel really sad for her.”