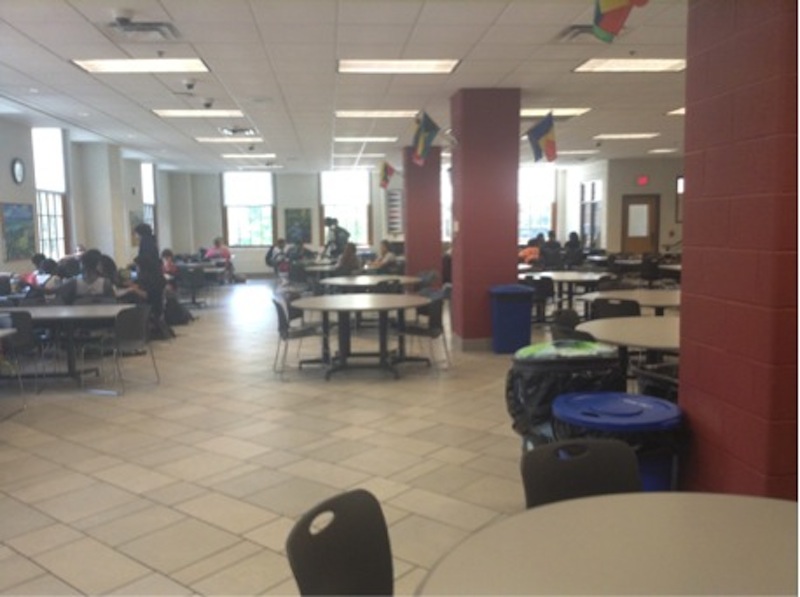 Sixth-period lunch is once again the largest, a trend that continues to leave some students with scarce time to eat and seats to sit in.

Lunch period enrollment, according to Dr. Ann Spurrier, the assistant principal in charge of compiling the master schedule, comprises 578 student in fourth period, 737 students in sixth period, and 375 students in eighth period.

During sixth-period lunch, every table is filled, and the line for food tends to last until the last 10 minutes of the period. Sometimes students cannot find a seat. Malik Joseph, a sophomore enrolled in sixth-period lunch, said that while  he enjoys creating bonds with many new people, he “really [doesn’t] like how there is always a scarce amount of chairs.”

Between the years 2012-2015 there have been an average of 406 students in fourth-period, 723 students in sixth-period, and 502 students in eighth-period lunch.
Predictably, the three lunch periods leave behind varied amounts of garbage, “The last one is the cleanest,” Richard Berta, a custodian, said in response to which lunch contained the most trash, “The first two are pretty even.”

Fourth-period lunch is calmer than sixth period. A walk through it reveals the majority of the lunch tables filled, but some remain empty. “I like how it’s not that busy, but I don’t like how early it is, but it would only need to be a few minutes later,” sophomore Lori Mack said about the timing of fourth period lunch.

Eighth-period lunch often has tables that are completely empty, and the lunch line generally lasts only about 10 minutes.