International Baccalaureate Class of 2015 worked for more than a year to design event, recruit speakers 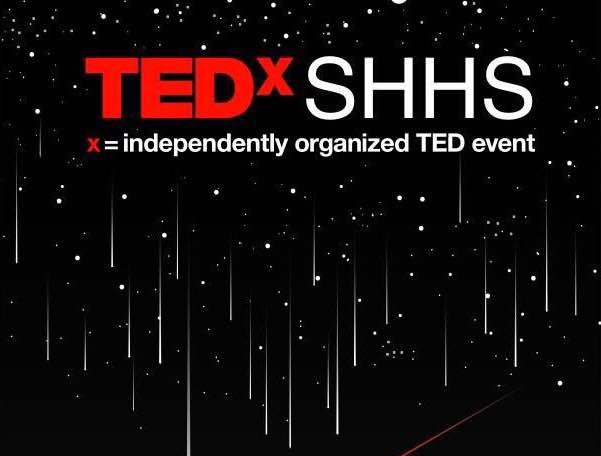 TED is a global nonprofit organization dedicated to spreading ideas through powerful, brief speeches. Their TEDx branch allows for individually organized events to promote technology, entertainment and design within communities.

Senior Phoebe Potiker helped organize the event. “We tried to choose speakers that are local or have been in Cleveland at some point in their life, people who are very relevant right now,” she said.

Theory of Knowledge teacher Halle Bauer introduced TED Talks to her students, who were inspired to organize a local TEDx event exploring the theme Inspiring Curiosity.

“We chose those words because it becomes in and of itself a goal. We want to inspire the curiosity that we believe everyone possesses,” said senior Louie Seguin, another organizer. “We think it is the driving force behind innovation and progress in all fields and we hope that through the stories our speakers tell, the community will be inspired to question the world around them, to explore it and to make it better.”

TEDxSHHS will be held on Saturday, Feb. 7 at 2 p.m in the large auditorium.

The event is a win-win situation for IB students by contributing to the community while fulfilling their CAS Legacy Project.

Senior Zach Reizes, another organizer, said, “The idea of the legacy project is to find a way for the IB classes to give back to their community. We struggled at first to come up with what our project would be. Some of the ideas suggested were organizing a 5K or carpooling to school to save gas. In the end we decided to organize our very own TEDx event.”

Social studies teacher and IB Coordinator Timothy Mitchell, who came up with the CAS Legacy Project, said, “I wanted it to be organic. I let them find their way. The adults’ role has been to support them in this process.

“To pull it off in every single detail has been a marvelous story,” Mitchell said.

Reizes went through the “lengthy process” to acquire the license from TEDx through an interview and discussion with a member of the TEDx licensing team. Reizes applied for the license in December 2013 and received it March 2014. The license allowed the seniors to a host their TEDx event within a year of receiving it.

Originally, “there was a much longer list of possibilities” for speakers, Mitchell said.

“There were a few speakers that we wanted but couldn’t come, mostly because of distance or schedule. Jad Abumrad, host of Radiolab on NPR comes to mind. He was a longshot, but we tried anyway because the worst he could say was no. Turns out that’s exactly what he said,” Seguin said.

Funding posed another challenge. “The Shaker Schools Foundation has been very generous in funding this event. We received an amount from them, and the rest of the event is being funded through ticket sales,” said Seguin. “TEDx rules prevent us from providing any compensation to speakers simply for speaking — we can cover transportation — so all the speakers are volunteering.”

“This has been a little over a year in planning, but up until now it hasn’t seemed very real, it’s been abstract,” said senior Rachel Elson. “Now suddenly we’re getting posters and flyers and shirts . . . it’s all coming together, and it feels amazing.”

Reizes said, “I want to emphasize that I am extremely grateful for all of the work that my classmates have put into the creation of TEDx and I want to thank them from the bottom of my heart for their hard work and dedication.”

“I hope we get all these people that are interested in diverse things in this school and show them that this is what a group of kids can do,” said Potiker. “This is a thing that no one really fathomed that we could do. We want people from all aspects of the community, of the school and other local cities to come together to see what our school can do, and what the speakers have to say.”