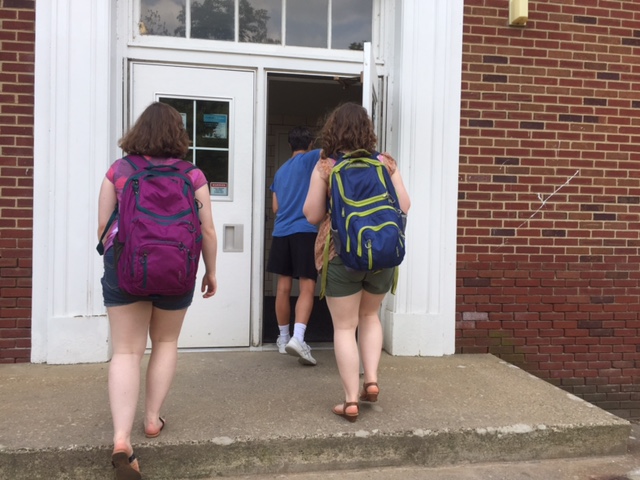 Starting times and bell schedules will not change next year, but early release Mondays will replace late start Tuesdays in 2018-19.

The bell schedule for the 2017-18 school year will be identical to this year’s, but late start Tuesdays are on the way out.

For the 2018-19 school year, late start Tuesday will be eliminated, and early release Monday will take its place in order to meet an International Baccalaureate requirement. On late start Tuesdays, teachers convene in state-mandated teacher based teams from 8:00 – 9:35 a.m. to collaborate on aligning curriculum and instruction and analyze data about student achievement.

“We completed our [IB] self-study last year,” Principal Jonathan Kuehnle said. “One of the recommendations from IB is that we needed to change our schedule to allow our teachers more planning time that is focused on IB.”

Math teacher Caroline Markel, who teaches a Diploma Programme class, welcomes more time for DP planning. “I would like to collaborate with other teachers who teach IB but also just collaborate with all staff on MYP planning,” she said. “I feel like that extra time will be helpful.”

Kuehnle said Monday dismissal time in 2018-19 is not set, but he believes school would end around 2:15 p.m. or 2:20 p.m. “Students will have the same amount of instructional time, the same amount of class time — you’ll still have conferences Tuesday through Friday,” he said. “Right now it’s pretty tough to find a teacher for conferences on Monday anyway, because of meetings and stuff, so we’ll just make it official teacher collaboration time.”

Freshman Taylor Asante said the move to early release Mondays should not wait. “I think that it should be put in place as soon as possible so that if it doesn’t work then we can change it,” Asante said.

IB allows schools five years to make any recommended changes, including the move to Monday planning time. “By delaying it a year, it allows us to plan for all of the details,” Kuehnle said. “Where do student athletes in season go if it’s early release and they can’t practice until 4? Some people might need to make child-care arrangements. This way we can communicate it in advance and give everyone a whole year to plan, so that when we start, it goes well.”

Sophomore Jaydin Robinson said late start Tuesdays are deceiving. “On Tuesdays, I think I have more time, but it’s just a later start,” he said.

Markel said teachers can focus better after the school day is done. “We’re done teaching for the day so we can devote our full time to professional and staff department meetings and just planning,” she said.

Markel said the Tuesday start is difficult. “You’re thinking about what you’re going to do that day in the morning,” she said. “I feel like the Tuesday schedule kind of throws everyone off because it’s different timings of when the classes end, so in a way, it’s a little more distracting.”

When the time comes, Kuehnle said, the switch will be well publicized.

“We’ll announce it, we’ll put it out on the Oval and in the robocalls — everything,” said Kuehnle. “It’ll be everywhere the people need it to be, including on the website.”