The high school principal will sing solo at tonight's game, a first for him 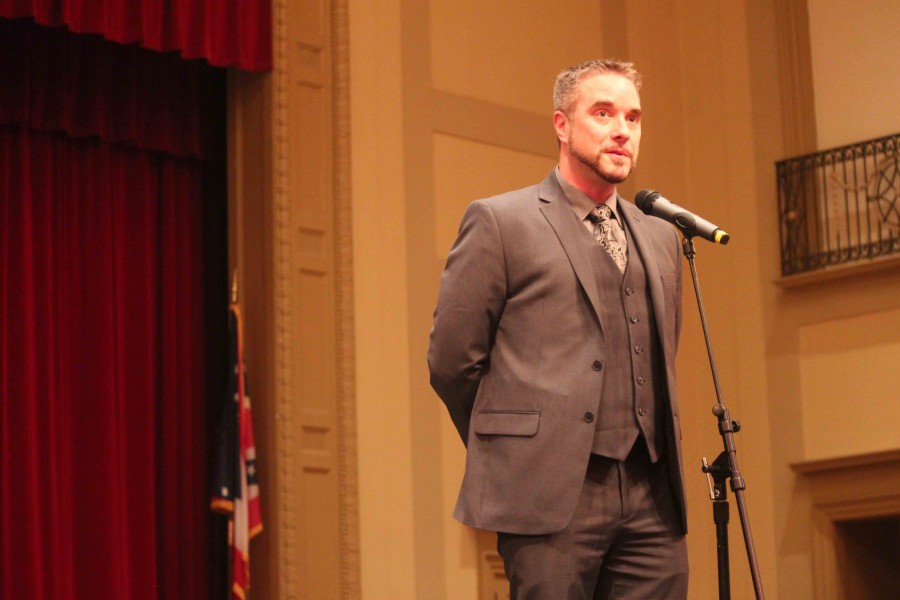 Kuehnle said that he impressed a couple of people after his performance of the anthem in Shaker’s 2016 Convocation. “They said, ‘Hey, you should submit a tape to the Indians.’ Our communications office helped me do that,” he said. “We sent it over, and then several weeks later we got the call from the Indians.”

“I’ve been practicing,” he said. Kuehnle once sang at a Cincinnati Bengals game with fellow glee club members from Miami University, but he has not yet performed solo at a professional sports event.

His family will attend the game. “I’ve got family coming in from way out of town too,” he said. “It’s pretty cool.”

Kuehnle’s singing career began when he was nine years old, after he tried out for the Saint Peter’s Church professional choir in Philadelphia and was recruited. “It was the first job I ever had,” he said. “My grandmother thought that I needed something to do in my free time.”

Although Kuehnle is not a part of any singing groups right now, he is looking to join The Cleveland Orchestra’s Chorus.

The event will be live streamed on the Shaker Heights City School District FaceBook page, or community members can tune in on their television or radio.