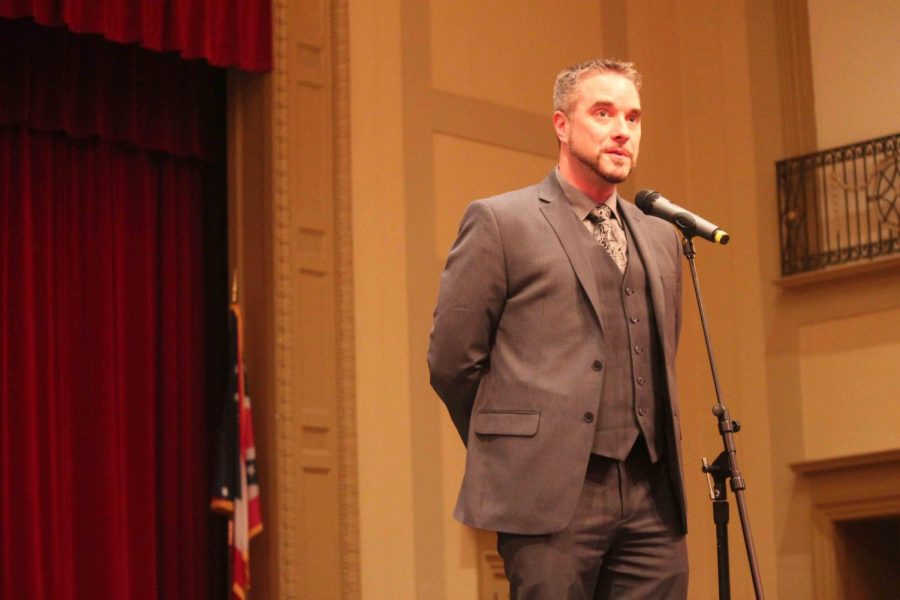 Shaker Heights High School Principal Jonathan Kuehnle speaks with community members, parents, students and staff on March 7, 2016. Kuehnle's placement on leave was announced in an email sent to parents and staff this evening.

Principal Jonathan Kuehnle has been placed on administrative leave, according to an email sent this afternoon by Interim Superintendent Stephen Wilkins to parents and staff.

A reason for the change in assignment was not given. “We cannot provide any additional information, as this is a personnel matter,” Wilkins stated in the email.

Glasner will serve in this position until the conclusion of Kuehnle’s review. Glasner is currently executive director of curriculum and instruction.

Kuehnle has been absent from the high school yesterday and today, though the email from Wilkins did not specify when he was placed on leave. Word about his status reached students and staff before the administration released the statement, resulting in confusion.

“In every class I’ve been in so far, someone has brought it up,” junior Silver Barker said. “It seems like the teachers just don’t pay attention because they don’t know anything. We always ask the teachers, and they don’t know, even sometimes less than we thought. Everyone would just make up rumors. Some may be true, some not, we don’t really know.”

Sophomore Jood Alharbi said, “They should just come out and say the truth. They should have an assembly or an announcement. It’s going around, and people are making up their own rumors.”

“If we’re unaware,” Barker said, “I don’t think that’s fair to the teachers, students or administration.”

Kuehnle’s absence and temporary replacement comes as the Board of Education gears up to search for a new superintendent. He is the third high school employee to be placed on leave in the last month. English teacher Jody Podl remains on leave announced Oct. 19, and former head football coach Jarvis Gibson resigned after being placed on leave Oct. 23.