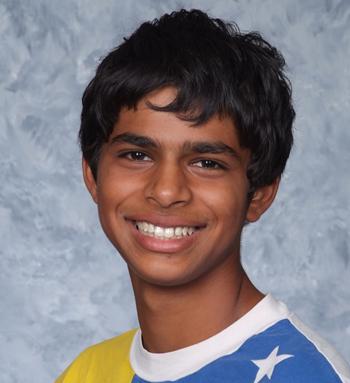 Why did you decide to run?

Kieran Aulak said he believes the class of 2015 will have the greatest chance of fundraising sufficient money to make senior year activities (such as prom) “as great as they can be” with him as treasurer.

Did you run last year? Have you held office previously?

Aulak was elected class of 2015 treasurer last year. He is currently running for re-election.

What’s your campaign strategy? Are you using social media?

Aulak has campaigned using stickers and posters. However, he is not using social media. “I’ve been told by a bunch of people they don’t like the Facebook groups because they give too many unnecessary notifications,” Auluk said.

Why should people vote for you? What are your advantages over the other candidates?

Auluk said he has “all the necessary” math skills to be treasurer, is dedicated, and has experience from acting as treasurer this year. He added that he has raised $1,053 this year, not including the sun glasses sale, which started a few days ago. The year before, when he was not on the post, he claims $892 were raised.

If elected, what three things do you need to achieve to feel you have been successful?

If re-elected, Auluk said he will raise “as much money as humanly possible,” communicate with his classmates in order to learn what they would like fundraising to include and make securing funds for senior year a top priority. He noted that originally the class of 2015 Student Council wanted to sell “flow bands” headwear, but becuase of student feedback decided to sell sunglasses.