Flags Fly at Half-Staff in Honor of Former Gov. Gilligan 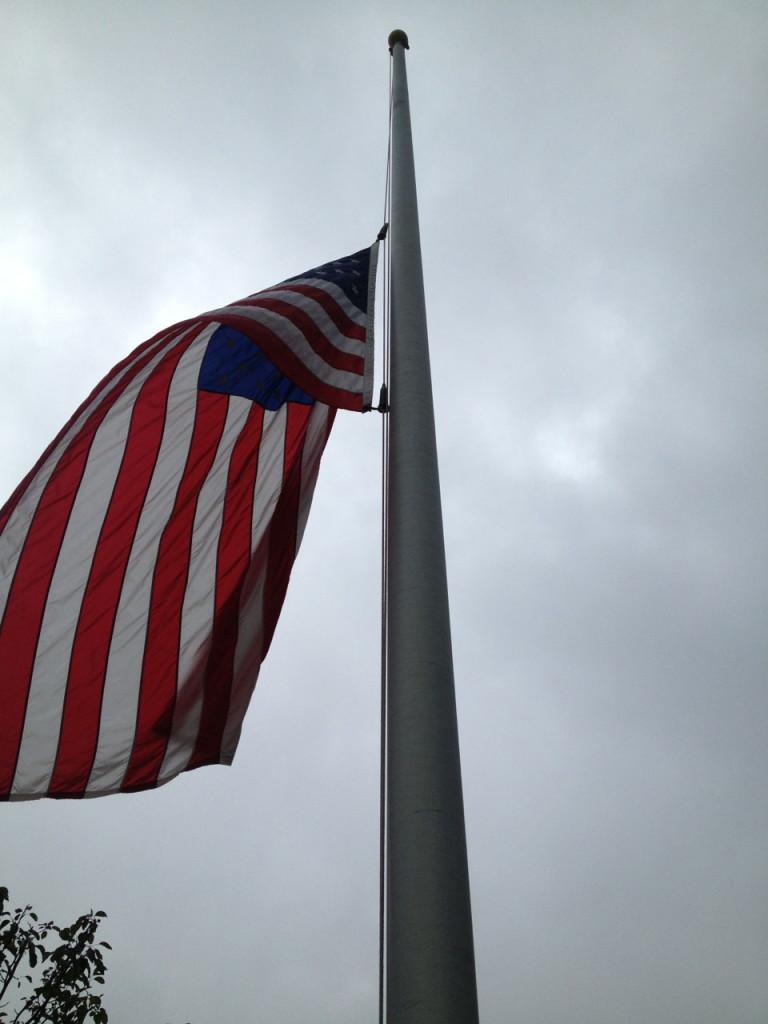 The American flag flying at half-staff in front of the high school left students and adults scratching their heads today.
“I have no clue,” Assistant Principal Eric Hutchinson said of the observance.
One student wondered whether the flag had been lowered in honor of the 50th anniversary of Dr. Martin Luther King’s “I Have a Dream” speech. Another suggested the observance was ordered in respect for the Syrian citizens who died after a chemical weapon attack.
Mark Seymore, a security guard, said he thought the flag may be lowered in honor of Sandy Hook Elementary School students’ return to class after the Dec. 14, 2012 school shooting.
Phone calls to the school district, City Hall, Shaker police and fire departments and Cleveland Heights City Schools failed to produce a reason for the observance. Finally, a call to the Shaker Heights Public Library and a visit to Head Custodian Sean Brown revealed the answer: “The flag is lowered because of the death of former Ohio Gov. John Gilligan,” Brown said.
Gov. John Kasich ordered the observance for Gilligan, who died Aug. 26. He was 92. A Democrat and former teacher, Gilligan was governor from 1970-74. He was elected to the U.S. House of Representatives in 1964.
The reasons offered by students and staff would not qualify for a half-staff order. President Dwight Eisenhower established the standards for lowering the flag in 1954. The flag is lowered for 30 days in the event of a president’s death. When a vice president, a chief justice of the Supreme Court or a speaker of the House of Representatives dies, the flag is lowered for 10 days. If a member of Congress dies, the flag is at half-staff on the day of death and the following day. For other figures, such as state governors, the flag is lowered from time of death until burial.
When raising the flag to half-staff or when lowering it at the end of the day, etiquette demands the the flag first be raised to full height momentarily.
Brown said Kevin Ivy, head of grounds, raises and lowers the high school flag daily. Brown said the staff takes the flag down and inside each night and raises it again each morning.