Two hour delay and subsequent cancellation leads to confusion and chaos for those taking end of course exams. 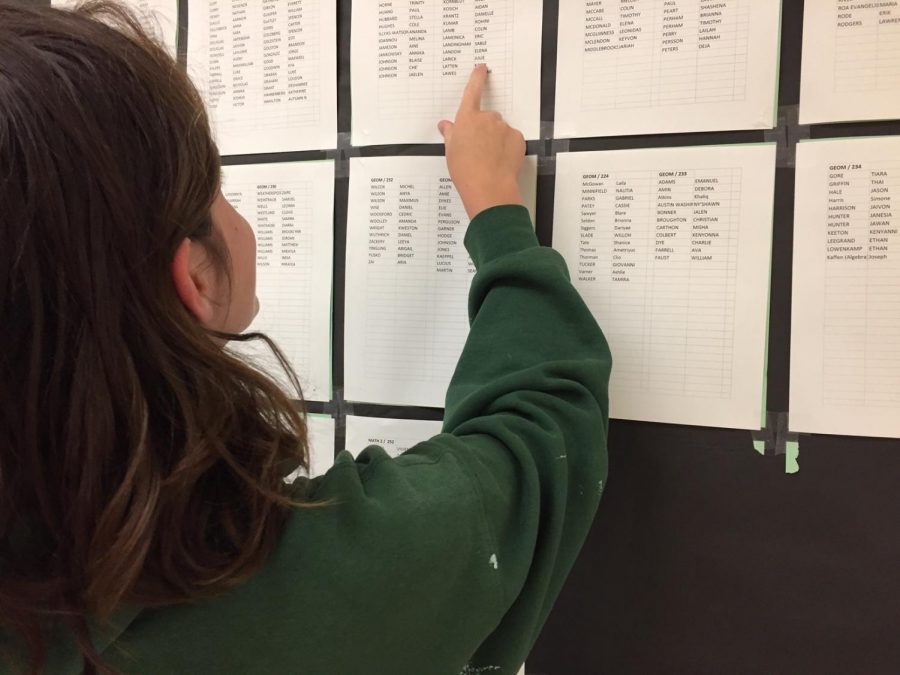 Students looked for their testing rooms yesterday morning outside the main office. “The situation is more chaotic, because now I have to prepare to take two tests instead of one," said freshman Rohini Kumar

A state-wide testing system failure forced some students to complete two end of course exams yesterday rather than one.

Wednesday’s English Language Arts 1 test was abandoned after two hours, when students could not log into the state’s testing website. According to a district-wide testing update posted on shaker.org, “the network issue involved the actual testing company American Institutes for Research (AIR).”

Classes at the high school were cancelled Tuesday, Wednesday and Thursday this week to accommodate state testing. The ELA 1 test that was abandoned Wednesday was rescheduled for Thursday morning or the afternoon, depending on students’ last names.

The rescheduling decision created problems for students who took both the Geometry and ELA 1 test. The End Of Course Geometry test, which is a test taken by all students enrolled in a geometry class, was set to occur when freshmen whose last names begin with letters A-G were to make up the rescheduled Language Arts I test.

Students were frustrated with the technology mishap. “It was a waste of time and energy, and mixed up people’s schedules,” freshman Jaclyn Shin stated in a text message.

However, teachers thought the school handled it well. “Given a situation where people weren’t prepared to address it, I thought they did an awesome job. They did the best that they could do with what they had,” said substitute teacher Anita Peebles.

Through emails to parents, Principal Jonathan Kuehnle explained the district’s plan to reschedule the test. The email stated, “Students who were scheduled to take the English Language Arts I end of course exam with no extended time accommodation are scheduled to retake the English Language Arts I test tomorrow (Thursday, April 19). Students with last names beginning A-G should report to the High School prior to 8 a.m. Students with last names beginning H-Z should report to the High School for testing prior to 12 p.m. Those students who receive extended time accommodations will test on a different day.”

The same statement was also released on the Shaker schools app.

“As a student who has to take the geometry test the next day as well as the makeup,” freshman Rohini Kumar said Wednesday evening, “the situation is more chaotic, because now I have to prepare to take two tests instead of one.”

Students who were scheduled to take both the ELA I and Geometry tests tested up to six and a half hours yesterday. Students spent three hours on the Geometry EOC exam and 210 minutes on the ELA I EOC exam. These are fixed times given by the state, and do not include students who need extended time.

Freshman Audrey Burnard, who was scheduled to take the Geometry and ELA 1 EOCs simultaneously, said, “I think that instead of moving the English EOC today, they could have moved it to Friday or next week and kept the schedule for today.”

Students who did not make the the ELA 1 test yesterday are scheduled to take it next Tuesday, April 24, at 8 a.m.