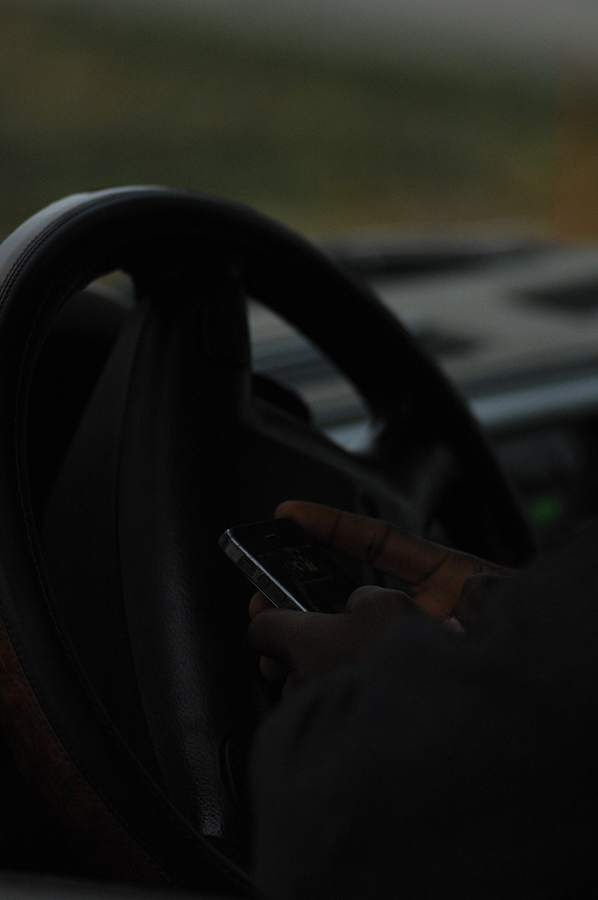 Senior James Ferguson uses his phone while parked near the high school Nov. 11.

The Shaker City Council has postponed its vote on a proposed law that would ban all handheld electronic device use while driving.

“The administration decided to hold off on taking the cell phone legislation for a second reading before Council until after the budget is approved,” Law Director William Gruber said in an email. “The budget has taken up most of the administration’s and council’s time this month.”

Originally, Mayor Earl Leiken said the bill would be voted on around Nov. 25.

The council first read the proposed law Oct. 28. If passed, the bill would not just keep the current ban on texting while driving, but also forbid using handheld electronic devices to call people, keeping the devices on the driver’s lap, and holding the devices by hand. GPS devices that read directions to the driver, including those on phones, would be allowed. So, too, would Bluetooth and similar headsets.

“It’s what I think is the future,” Police Chief Scott Lee said of the proposal in an earlier article about the matter. “We keep putting technology in our vehicles.”

Gruber said the council would consider the proposal again in mid-January.