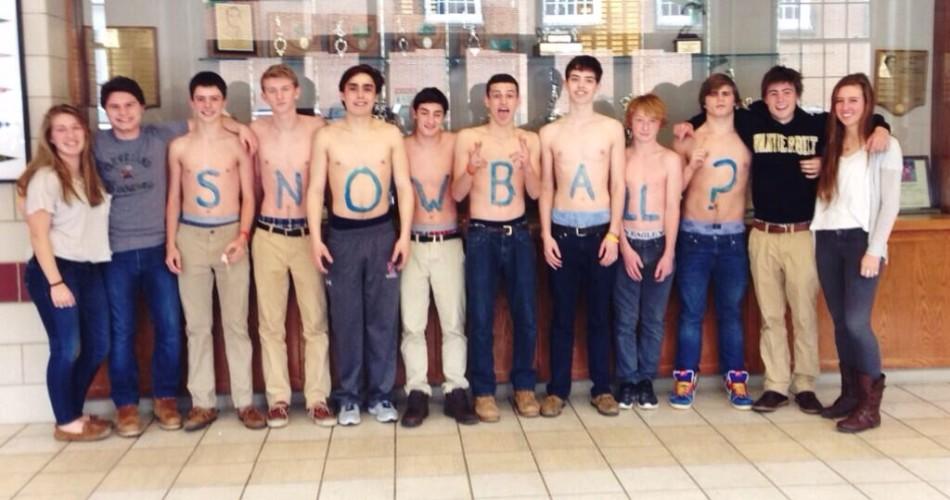 Junior Phoebe Potiker tweeted this photo to compete in the Asking Olympics, a competition among students for free winter dance tickets. The competition has likely decreased early ticket sales because students are waiting to see who wins.

If Student Council is unable to sell 75 more winter dance tickets by Thursday, then they will have to cancel it.

Principal Michael Griffith said costs are the main concern. “We won’t be able to pay for the dance,” Griffith said. “People don’t realize how much these dances cost.”

Not only are two police officers necessary for the dance, six or seven security guards and four administrators are also needed. Student Council Social Committee Head Zach Silverman does not know how many tickets have been sold yet, since official sales began Wednesday.

This year’s Asking Olympics competition may have affected ticket sales because students are waiting to learn who will win the free tickets to the dance. First place wins six tickets, second place four and third place two.

It’s a busy weekend for Shaker Heights High School. Not only will the winter formal take place, but Sankofa has performances this weekend, there is a home basketball game and the band has a concert.

According to Student Body President Conor Matthews, Student Council does not pick the date for winter formal, administrators do. Matthews said when the 2013-2014 school calendar was planned out, this weekend’s events were not considered enough, and now there is overlap that could affect attendance. “There was definitely miscommunication,” Matthews said.

Matthews is not worried about selling 75 tickets, but he is worried about the Thursday deadline. “People tend to procrastinate and buy their tickets on Friday.”

UPDATE: As of 2/27/14 enough tickets have been sold and the dance will proceed.