Over the past two months, the insects were discovered in two separate incidents 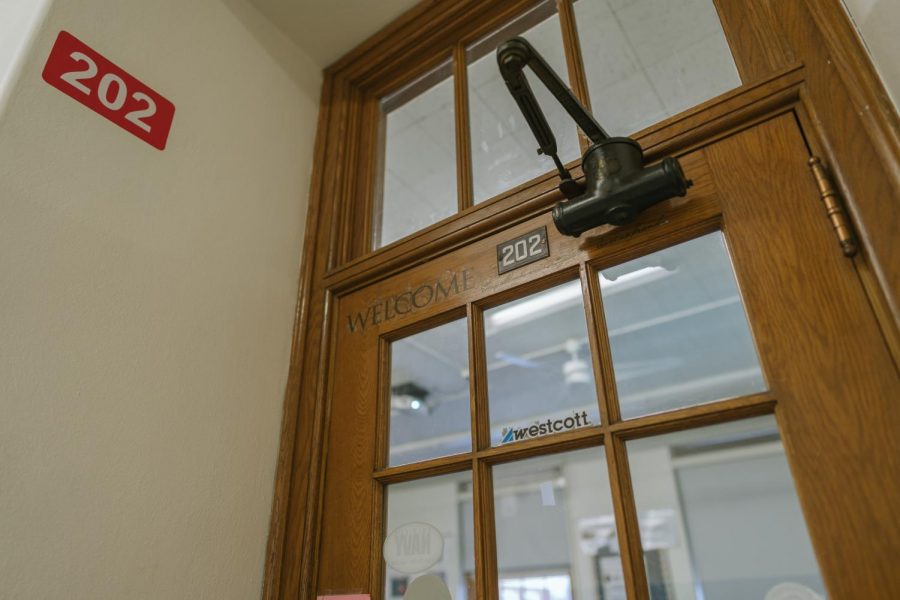 After the discovery of the bed bugs, the classes were relocated to the library.

Two bed bugs were found in Room 204 Jan. 7, one month after a bed bug was found in a photography classroom.

Last month, one bed bug was found in Room 202, despite misconceptions of others being found. Room 202 was closed for two days after the incident so it could be treated by an exterminator.

“So I was sitting at a computer, and there was a space empty next to me, and that’s where I saw the bed bug,” said one of Fleming’s students, sophomore Eliza Bennett.

Once Bennett alerted Fleming, Fleming recognized the bug, killed it and called a custodian. Fleming took her students to the library for the rest of the class period and all photography classes in Room 202 met in the library for the next two days while the room was treated.

Fleming said her students were calm and mature about the incident. She said students moved their seats away from the bug and were cooperative when going to the library. “There was no panic,” she said.

Fleming added that she was grateful for how well the school handled the incident and how everyone was willing to work with her to fix the problem. Dr. Ann Spurrier, assistant principal,  relocated classes, and English teachers Jamison DeWeerd and Molly Miles offered their classroom Chromebooks to the photography classes.

After both discoveries of the bed bugs, Dr. David Glasner, interim principal, sent emails Dec. 10 and Jan. 7, the days the bed bugs were found, to inform families about the situation and the treatment that would take place.

Both emails stated that the source of the bed bugs could not be determined because the bugs can be found and brought into the school from many places, including public areas. “The High School will continue to work to identify bed bugs, provide thorough inspections and have licensed pest control specialists treat any of the rooms if a problem is found,” Glasner stated.

Bed bugs are small, reddish-brown pests around the size of an apple seed that feed on human blood. Their bites do not spread diseases, but can cause irritation and swelling. Their bites resemble mosquito bites. “Watch for clusters of bites, usually in a line, on exposed areas of the body,” the email advised.

Both rooms are carpeted, which provides an easy place for bed bugs to hide and spread.

In his emails, Glasner links centeralohiobedbugs.org as a place to find answers for other questions about bed bugs. They advise people that find a bed bug in their home to call an exterminator as soon as possible and clean all furniture, floors and clothing.

Fleming said she was thankful for how quickly the school handled the situation. A friend of Fleming’s from another district told her that she had also found a bed bug in the school, but it was ignored by the school’s administration.