Around the World at Boulevard 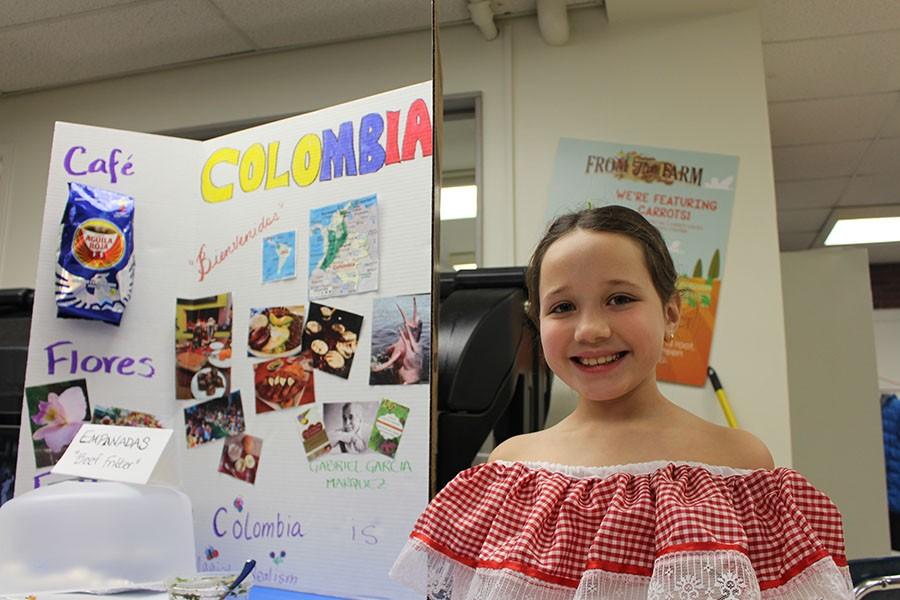 From Irish dancing to tasting novel foods, it was a Shaker event, through and through.

Shaker is a diverse community with students from all around the world. Boulevard Elementary School parents and students created a way to celebrate their heritages at their first Around the World event from 6:30-8 p.m. March 16.

According to Boulevard Parent Nicol Coxon, the Parent Teacher Organization thought of the idea for the event at a meeting over the summer.

“Our PTO came up with this idea last summer for our Community Builders event. We have students from about 35 countries attending Boulevard,” Coxon wrote. “We were aware that other organizations had international events where local children or families researched other countries, and knew we could do this “for real” at Boulevard. It would be a fun and educational way to connect our local and international families.”

At the event, tables were set up in the basement of Boulevard. Each table featured a different country though visuals, such as pictures on posters and videos displayed on laptops, that provided facts. Volunteers handed out traditional foods at each table.

“I like trying all the different foods,” said Boulevard fourth grader Elizabeth Mankowski, whose favorite food came from the Guatemala display.

Students who participated made posters and food that represented the countries they are from. Two middle school students performed Irish dances.

“I made this with my mom,” Boulevard third grader Elliana Williams said of her poster. During the event, Williams wore traditional clothing and shared facts about Colombia with her classmates.

Most of the people who attended, or volunteered, enjoyed the event. “I really like it because there are different people around the world,” volunteer Iceberg Demir, a Turkish exchange student, said. “It’s really good for people to get together and share their culture and their foods.”

Boulevard parent Carrie Shelfer thought the event was very educational. “I think this is just a unique opportunity to find out more about the different cultures that are actually at Boulevard,” she said. “Sometimes walking the halls, I don’t think our kids necessarily know, and this is a wonderful way for other students to showcase where they’re from and some of the things they do at their houses. It’s a great opportunity for kids.”

The hope is that there can be an Around the World event with a larger audience in the future. “Those of us from the PTO who organized the event would have liked to invite the whole district, however, we are limited by space as Boulevard is a small building,” Coxon wrote. “We think this may be a nice event to have at the district level if people are interested, maybe at the high school as it is larger. It would be a great way to celebrate Shaker’s diversity.”

“I think it’s amazing that there are so many cultures in Shaker, especially at Boulevard School, and to be able to celebrate all the cultures at one time, it’s a wonderful opportunity,” Caroline Rado said.

Said volunteer Ahmad Alshare, “It is a great chance for someone to know other people’s culture from around the world and also for children to get to know their classmates and learn about their cultures.”