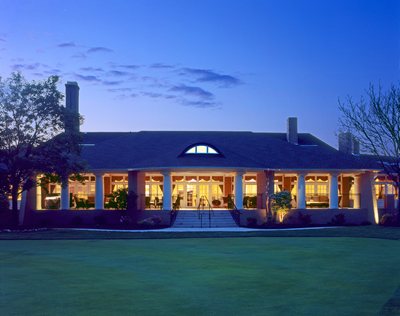 A not guilty verdict in a Cleveland police-involved shooting has caused the relocation of tonight’s prom to the Shaker Heights Country Club from the Cleveland Convention Center.

The move comes in response to safety concerns; while peaceful protests are occurring in Cleveland at this time, fear of post-verdict violence similar to that which has occurred in other cities in the last year caused the administration to react with caution.

Earlier today, Cleveland police officer Michael Brelo was found not guilty of two charges of voluntary manslaughter in the killing of an African-American man and woman in 2012. Shaker is concerned that protests in downtown Cleveland in reaction to this verdict will create an unsafe environment for students attending prom. The Cleveland Convention Center is located on the same block as the Cuyahoga County Common Pleas Court, where the controversial verdict was issued. Currently, the protests are taking place on the steps of the courtroom and throughout the city of Cleveland.

Brelo was one of more than 100 officers involved in a car chase Nov. 29, 2012. After first hearing what they considered gunshots in downtown Cleveland, more than 100 police officers chased the couple’s 1979 Chevrolet Malibu and eventually fired 137 rounds at the car, killing Timothy Russell and Malissa Williams. Forty-nine of the rounds were fired by Brelo. After the car came to a stop, Brelo climbed onto the hood of the car and fired at least 15 rounds into the vehicle. Prosecutors contended that the reported gunshots may have been the sound of the car engine backfiring. The not guilty verdict hinged on the judge’s ruling that the officers could not be certain that there was no threat to their lives given the reports of gunfire the preceded the chase.

A statement released on shaker.org described the reasoning behind the decision to move prom. “As you may have learned by now, Judge John O’Donnell issued his ruling in the Michael Brelo trial this morning,” Principal Michael Griffith wrote. “That decision, unfortunately, holds the possibility of unrest in the community, particularly in downtown Cleveland.”

“To protect our students from potential risk in downtown Cleveland, we are moving tonight’s Shaker Heights High School prom from the Cleveland Convention Center to the Shaker Heights Country Club, located at 3300 Courtland Boulevard,” the statement said.

Prom will still begin and end at originally scheduled times of 8 p.m. and 11:30 p.m., with all ticket holders able to use their Convention Center tickets at the Shaker Heights Country Club. Shaker’s After Prom will still take place at the Cleveland Skating Club, as originally planned.

“I think it’s a bit ridiculous,” said senior Sam Butler, who plans to attend tonight’s prom. “Yes, there is rioting and that’s absolutely scary, and yes, nighttime is the worst, but people pay so much money for prom that I feel like they will keep their heads down and not join the rioting.”

In addition to the statement, all high school families received a call and email to alert them of the change. So far, there has been no talk of students receiving refunds.

“Shaker handled the situation swiftly and effectively,” said senior class president Kieran Aulak, who was involved in the relocation. “Being able to relocate prom the night of to an equally great location is as difficult as it sounds.”

However, not all seniors are content with the new venue.
“I’m now wondering if the country club, which while it’s nice, is really worth $70,” Butler said. “I was really excited for prom, and now it just kind of feels like a flop with everything else going on with Cleveland.”